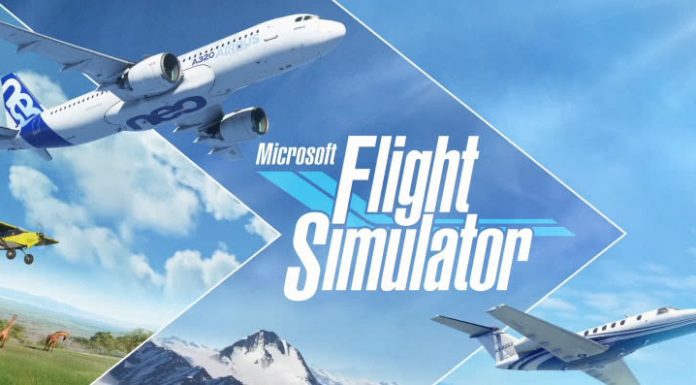 Microsoft Flight Simulator is one of the best flight simulators in the market for real-life operation and handling of an airplane. It was expected that a new, improved version of the Microsoft Flight Simulator would be launching soon, and the company has finally revealed that the PC version of the simulator will be available for everyone on August 18, 2020.

Microsoft has confirmed that they were into the simulator’s alpha testing phase for a few months now, and the new version will be a hyper-detailed version of the simulator that has been running since the 1980s. The last version of the flight simulator released by them was the Microsoft Flight Simulator X: Steam Edition in 2014.

The game has been designed for both beginners and pros, with additional features where they can use the simulator to fly at any time of the day, new checklist system before takeoff, real-time updates on weather, traffic, etc.

The game will be launched in three different versions, where it will be priced at $59.99 for a standard edition that includes 20 planes and 30 airports. The deluxe version is priced at $89.99, with five additional planes and airports over the standard version. Finally, the premium deluxe version will give ten additional airplanes and airports over the standard version at $119.99.

The game will include some popular airports like London’s Heathrow, San Francisco, Chicago’s O’Hare airport, and Amsterdam’s Schiphol. However, you will have to spend extra as they are only available in the game’s higher versions. Microsoft Flight Simulator will also launch free of charge as part of the Xbox Game Pass for PC.

Google has been focusing a lot on the Nest devices and how people could use it to use all the Google Services through it....
Read more
News

Although Samsung is going to unveil the new Samsung Galaxy S21 series a few hours from now, new leaks have already emerged for the...
Read more
News

A few days back, Qualcomm announced their new series of smartphone chipsets, which was the Snapdragon 480. It was supposed to be a more...
Read more
News

CES 2021 day 2 saw a lot of announcements regarding new projects, concepts, and product launches. Some of these major announcements included the Asus...
Read more
News

TikTok has made new changes to its privacy settings today to its app which is aimed to provide a much safer experience with the...
Read more
News

When it comes to Gigabyte, they have been knowing to offer customers some of the best gaming hardware or specifically laptops in the market....
Read more