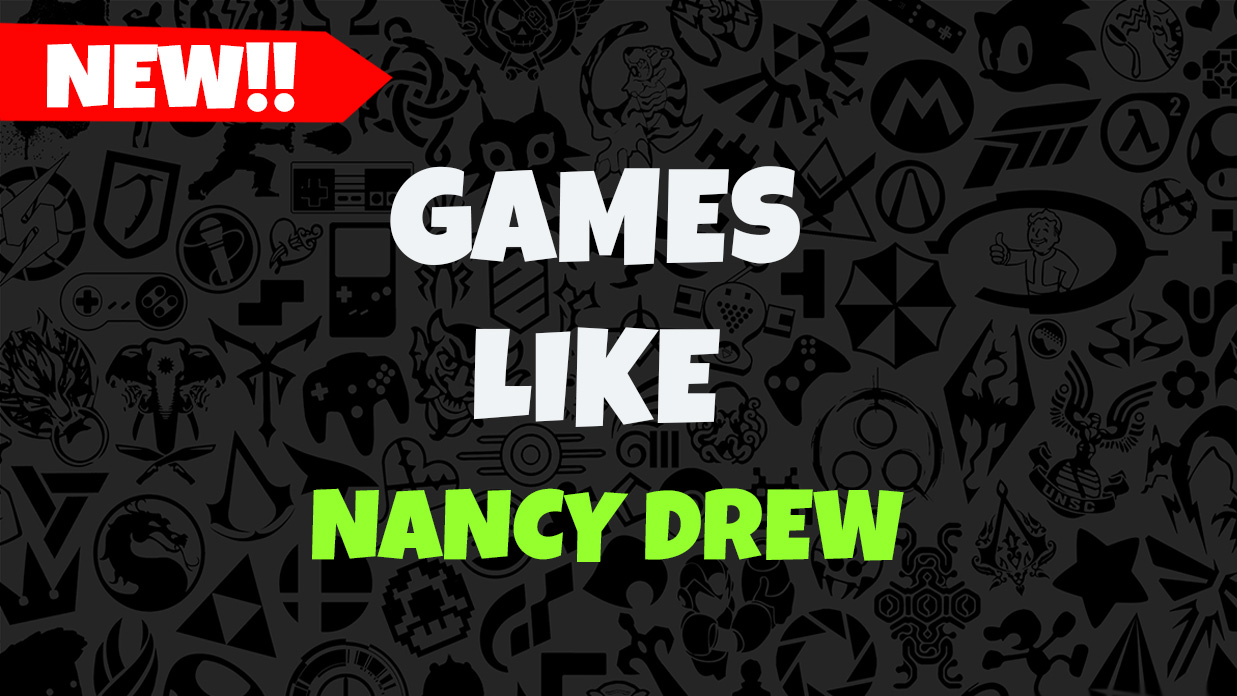 This is what Nancy Drew is all about, and there are plenty like this available. If you are searching for games like Nancy Drew, go through the following part to find similar ones. The listed ones would be equally interesting to have an exciting game time.

In your search for games similar to Nancy Drew, Broken Age is a popular one to try. The point-and-click adventure game revolves around two teenagers. The storyline and the overall gaming environment are amazing, that excites one more to get into the story of its characters. Here, Vella Tartine’s life is between life and death, where she has to protect her people in the village from monsters. But on the other hand, it is Shay Volta, an astronaut on a computer-controlled ship. It is about escaping the upcoming danger and creating a way out from the dangers coming and rescuing all.

Tales from the Borderlands

This is an episodic, drama, action-adventure-based video game where players can become any of the game’s two protagonists, Fiona and Rhys. Explore the game, interact with different game objects, make a choice that affects the story in the long run, and set the right course of the game. Some gun-play features and fun elements make it interesting. If you are searching for a game similar to Nancy Drew, which is full of interactive and adventurous experiences, this is it.

The game’s features make it Nancy Drew similar game as it is about a mysterious serial killer. Murdering activities are taking place, the rain is not stopping, and there is mystery and adventure growing in the place. A player’s action can change the total game plan, and when a character dies, a lot can change. Even the player’s actions become hard to solve. A lot of choices are to be made by the player in the game, and the decision affects the gameplay.

The Wolf Among Us

The game is interesting, as shown in five different episodes, and a lot happens in them. Murders are taking place in the game, and this puzzling turn makes this game similar to Nancy Drew. In investigating the murder, one has to know the secret details. The detective storyline is interesting, with a lot of inhuman characters. It is the first murder in the town that changed the game scenario greatly. There are characters of serial killers, and the last episode reveals a hero who has fought with a man who is involved in too many crimes.

When searching for games like Nancy Drew, is another crime-solving game with its murder scenes. The beginning itself is interesting when the player has to take a lot of actions that affect the rest of the gameplay. The game has three episodes, and each one continues from the previous story. It is mostly on the investigation, and the developer will take it to the next level in the next episode. The elements of violence, murder, and criminal activities spice up the game and make it interesting to play.

It is one of the Nancy Drew similar games that are perfect for ones looking for crime games. It involves different gangs, searching for missing police officers, and uncovering crime activities in the city. The game features make it close to Nancy Drew and exciting to solve the puzzles. One police person goes on an investigation alone, without any protection, but is attacked by a gang. It proves that the prediction regarding the attack was absolutely correct. And so, one should plan and try to solve the crime game puzzles for better outcomes.

The Gemini Rue is another option when in search of Nancy Drew-like games. It is interactive drama, graphic adventure, and an interesting pick and clicks puzzle game. The investigation takes you through the world of activities, and you can play some exciting games here. Here, the player can get into the character of Azriel Odin. Acquiring information would help solve puzzles and get answers on how to solve the game easily. Therefore, it is important to collect all clues that come along and pinpoint towards uncovering the puzzle or problem in the game.

It is one of the best games like Nancy Drew. Due to its interesting story, the puzzle becomes easy yet intriguing to understand. But it is mainly it adds features that make it similar to Nancy Drew. The player is allowed to walk, drive and solve cases anywhere they wish to in the game. There are main and side missions created for the fun of players, and they should complete each of them. After solving a case, characters are promoted or get a new partner to help them solve cases easily. For those, who love to play detective case-solving games, this game is similar to Nancy Drew.

So, the above said are among the best games like Nancy Drew, where there are secrets releveled in each episode, puzzles are to be solved, and each section unfolds a new direction to be taken in the crime and adventure stories.

If you are addicted to playing crime and adventure-based puzzle games, these are the ones to try your hands on, and you can get rid of your boredom. These options are the best, and the overall gaming environment is close to the real gaming experience, doubling up the excitement element in the games. So, start downloading the free games like Nancy Drew and have a great time solving the crime scene puzzles today.