Fortnite: How To Change Character in Fortnite (Exclusive Guide) 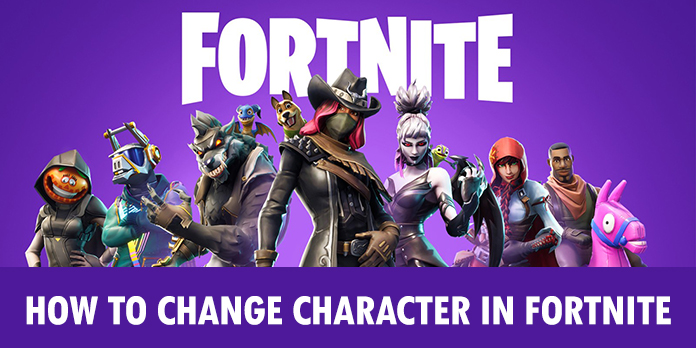 How To Change Character in Fortnite: When it comes to gaming, the current gaming industry is mainly focused on the online multiplayer platform, where the players from the world over are able to compete with one another. Since these platforms provide almost unlimited hours of constant gameplay, they have become really popular among online players. One of the most popular among online multiplayer games in recent years has been Fortnite.

Fortnite is based on the Battle Royale concept where a group of players competes in a time-based event and the last team or individual standing wins. The game has become really popular globally and provides great gameplay of team strategy and first or third-person shooter.

Players have access to Fortnite’s Battle Royale mode for free and provide them with players that are customized at random by the system. While playing the game, players should know how to change character in Fortnite and the different things they can get for their character. The game also provides the user with many different items as they progress further in the game and also lets players purchase in-game items to give them an edge over the other players in the game.

The game is already available on Xbox One, PS4 consoles, and has two different gaming modes called the Battle Royale PvP (Player versus Player) and Save the World PvE (Player versus Environment). The gameplay, graphics, and overall experience of Fortnite have been fairly impressive and have been appreciated by players the world over.

Now there are a lot of things that are good about the game but one thing that was not available before in the game was player customization and change. Earlier, the user could only pick the character from the randomly generated character by the game engine and the user did not have much of a choice.

The player change and customization feature were available in the competitive games to Fortnite which gave a major appeal to other games. Unless you have unlocked different types of heroes in the game, there is no chance for you to change the character.

Contents show
1. Read the below guide to Change the Character in Fortnite
1.1. Unlock characters through Loot Llamas
1.2. Apply the character skin that you have acquired
2. Final Thoughts On How To Change Character In Fortnite

Read the below guide to Change the Character in Fortnite

One of the best ways to unlock the character in the game is by looting or completing the task of Llamas. For that, you first need to go through the tutorial which would help you to understand how the player works and how you can use the skill set of the player to the advantage.

Once you have completed the tutorial, start to gather loot llamas, which can be broken open. If you get lucky, you will be able to unlock a new character. They can also be purchased after completing certain tasks. Once that happens, you can go to the Hero tab and change the character.

Apply the character skin that you have acquired

However, if you do not have the new characters in Fortnite unlocked, then you can simply go to the game and head to the base Locker tab for your player. Once you are there, open the outfits and choose your preferred skin that you want to apply to the character. Skins can either be purchased or can be achieved through certain tasks. In the tab, you will be able to see all the skins that you have acquired.

You can simply select the preferred skin and apply it to the character for the change. Now, this technique to change the character completely will only work when you have acquired some skins. If you don’t have any, then this will not be an option for you.

However, if you do not have skins, then you can acquire them with V-Bucks or get the battle pass for a season that allows you to select any skin that is available in the Fortnite store. If you are looking to buy more than one or multiple skins for your player then it would be the best option to get the battle pass, as it will be a much cheaper and better option for you as a player.

Skins are the best way to change the character you are playing completely. Apart from this, there is currently no other way through which you can customize the player or character in the game. This feature itself was not a part of the original game when launched. It was added to the game much later after players requested features to change the character.

Apart from changing the skin, players have been requesting Fortnite to add more options to either change the player completely or get more customization features. Since competitor apps like PUBG have a much better customization option available and even the option to change the player, it becomes very common for a player to compare Fornite with other games on the same Battle Royale platform. Although Fortnite has added the option to select your character’s gender, hair and skin color, etc, a change of character later in the game is one option players are looking for with excitement.

However, if you have a Battle Pass then you can simply use it to purchase the skin and open the slot of outfits in the Locker tab to use it.

Final Thoughts On How To Change Character In Fortnite

Fortnite is truly one of the best games in the Battle Royale category and has some serious fans world over. Although the games do lack the option for character customization and change, there are still some ways through which you can change the appearance of the character to make it look better and new.

It is also expected that Fortnite will release more options to customize the character in the future. By now, you should know how to change character in Fortnite. You can check our other articles on Fortnite over here.