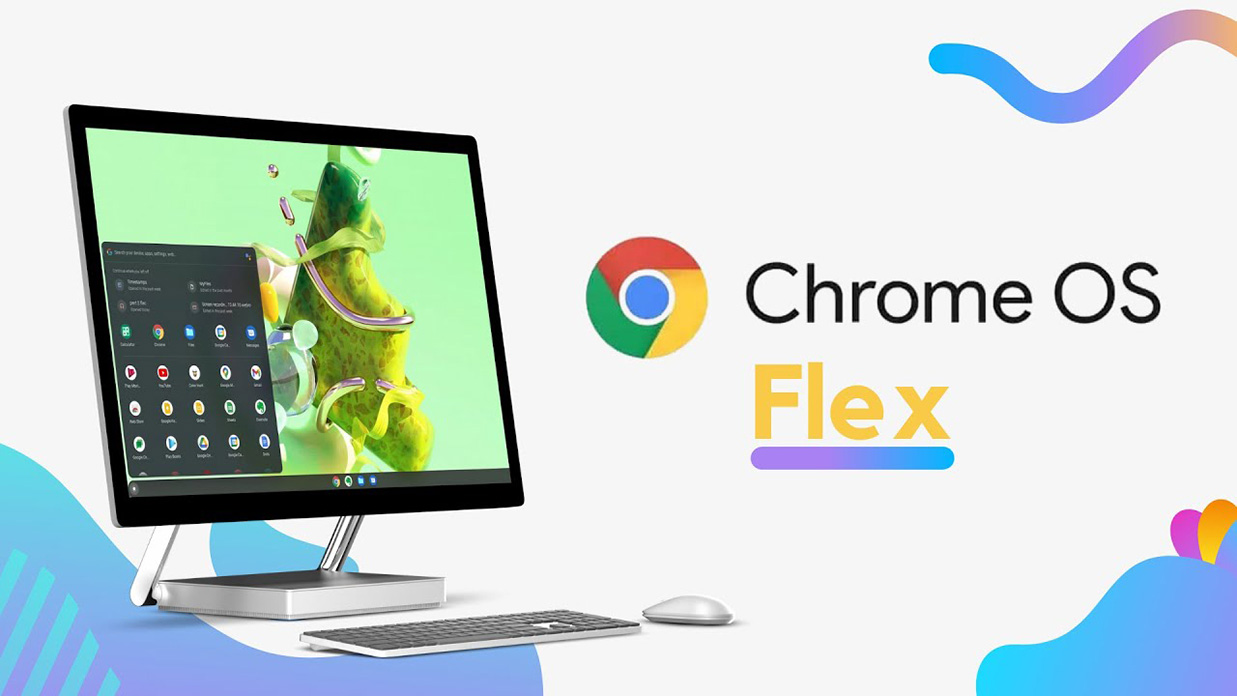 We have to agree that with the evolving technology, hardware and software are upgrading rapidly. With this kind of rapid upgrade, users have to upgrade to a new laptop or computer in a couple of years to meet the performance standards. But what happens with the older devices? They are mostly stored in places where they cannot be used anymore because of their outdated hardware.

However, Google does not think so and has launched Chrome OS Flex, which helps you to use your older devices like a breeze.

What is Chrome OS Flex?

Chrome OS Flex is actually a new version of the Chrome OS which has been specially created to run on older devices as well. The Operating system is very easy to install but is not the same as Chrome OS.

The operating system has been specifically designed to install and operate devices that cannot run the latest applications and provide great performance due to outdated hardware. The Chrome OS Flex started its journey in the year 2000 when Google acquired Neverware to create retrofit technology.

Chrome OS Flex is actually a successor to Neverware’s CloudReady operating system, which helps the operating system to run on almost every hardware that was previously running on Android, Mac, or Windows.

The operating system takes its elements from Chromium OS and is an open-source platform. The best part about Chrome OS Flex is that it will be receiving regular updates from Google, just as you receive them on the Chrome OS. It will work just like a regular Chrome OS and has native application support which will help avoid issues like malware or virus.

Users will be able to use all the Google applications like Gmail, Drive, Microsoft Office Online, and all the other online productivity tools as well. Google has confirmed that Chrome OS Flex will be able to run all the features and functions of Google Chrome OS in the future. Currently, it comes with the support for Google Assistant as well.

Another major difference between the two will be the lack of Linux app support, but it is expected to come in the future to Chrome OS Flex. With Chrome OS Flex installed on your old device, it will be running as efficiently as a new Chromebook.

Before downloading the Chrome OS Flex operating system, make sure that you fulfill the minimum requirements to use it.

How do I install Chrome OS flex on my laptop?

Once you have downloaded and flashed the Chrome OS Flex operating system on your flash drive, the installing process begins.

Is Chrome OS better than Windows 10?

It would not be fair to say that Chrome OS is better than Windows 10 as both operating systems come with a different set of features. While Windows operating system comes with a great User interface, graphics, lots of OS features, and support for many applications, Chrome OS is lighter and brings a lot of online productivity tools on offer which is great for both enterprise users and students as well. However, there are some ways in which Chrome OS proves to be much better than Windows 10, and here are some of them.

Chrome OS Flex is a great offering for people who want to use their old laptops and computers or are not ready for an upgrade yet. The Chrome OS Flex operating system will run all the productive tools efficiently and much easier to learn and navigate for new users as well.

If you are looking to use your old device without upgrading any component, then installing Chrome OS Flex makes a lot more sense.

A: Yes, the operating system is available for download without any cost.

Q: Can it run on a MAC system?

A: Yes, Chrome OS Flex can be installed on Mac, Windows, and Android devices.

Q: Does it have all the tools that run on Windows or Mac?

A: No, it would have most of the online productivity tools but not the software applications that run on Windows and Mac.

Q: Should I get a new Chromebook or Install Chrome OS Flex on my old laptop?

A: If you have an old machine and do not want to upgrade or invest in a new one, then upgrading the old machine with Chrome OS Flex will make more sense. However, if you want to upgrade, then getting a Chromebook would be beneficial.

Q: Can I put Chrome OS on my computer?

A: Yes, Installing Chrome OS on your Windows computer is very easy and it can also be done through the steps mentioned above on another operating system as well.

How To Fix A Chromebook That Won’t Turn On (Tutorial)