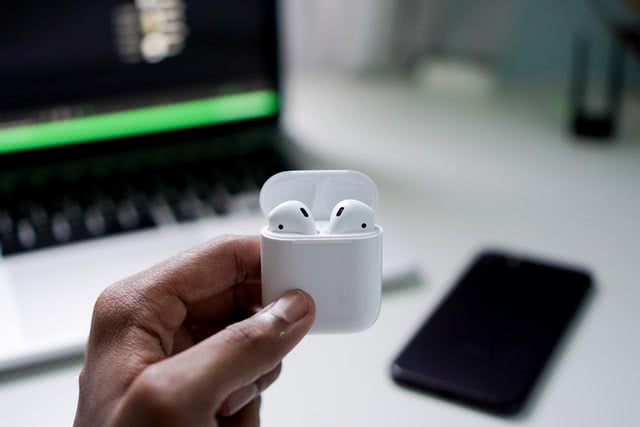 Apple Airpods and Airpods pro have been one of the most revolutionary products for wireless earphones. It brought along a great possibility for many Bluetooth earphones that we see on the market now. The current generation of Airpods has been fairly popular for its impeccable sound quality and build.

While Apple users are waiting for the iOS 14 update for their iPhones, Apple has stated that the update in iOS will also boost the performance of Airpods and add a range of new features to it. As per Apple’s announcement at WWDC, Airpods will include seamless switching between multiple devices, which will improve the hearing and audio sharing experience with the Apple TV.

It will also have an advanced transparency mode and Spatial sound for the surround sound effect. However, the biggest feature is the improvement in the charging of the AirPods, which will be optimized to charge faster and utilize the batter up in a better way to increase the duration of usage.

Apple Spatial sound is said to be a major improvement that will be added with iOS 14. It is said to improve hearing and sound quality drastically. The same technology will also be added to other Apple devices, such as the augmented reality headset.

The major update will be coming to the battery life, one of the biggest purchasing factors of true wireless earphones. Currently, AirPods can manage a runtime of fours and a half hours on contact playback, which is less than what its competitors offer.

However, with the latest updates, it is expected that the AirPods will be able to provide a runtime of one hour extra.