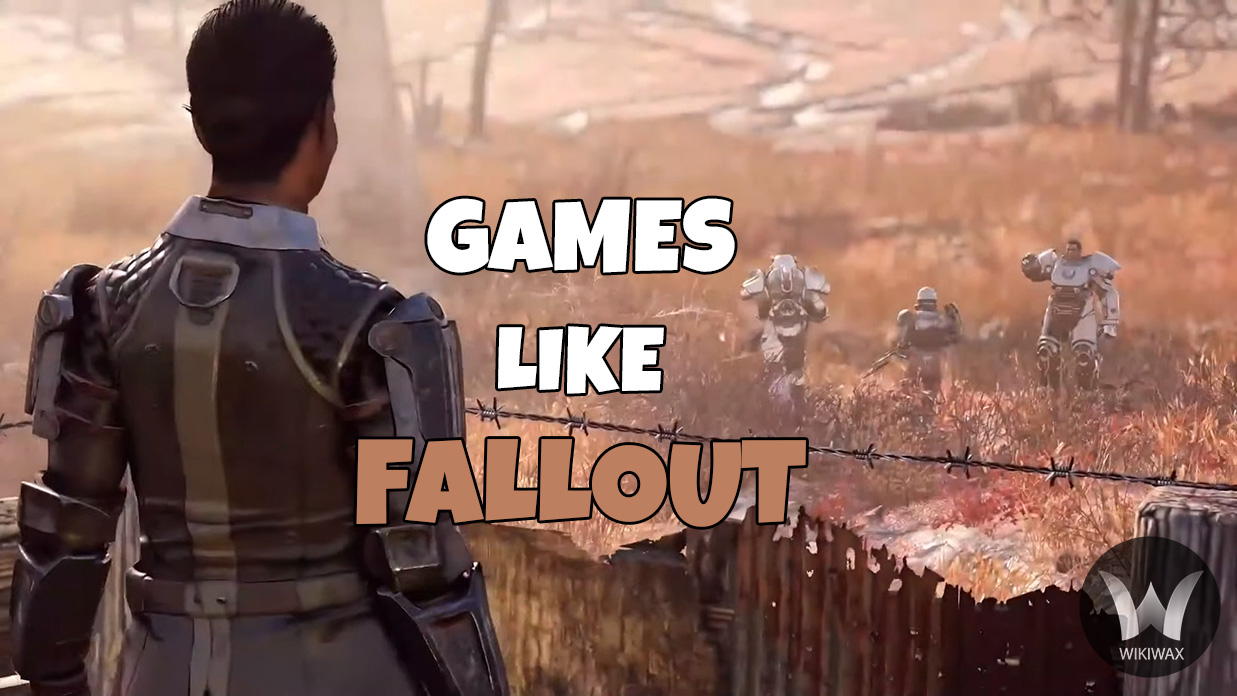 Publisher and developing studio, Bethesda, has gifted the most fantabulous gaming titles to this gaming universe. But if fans are to think of one such game that does not have a sheer replacement, it has to be Fallout. This legendary gaming title has lived for years and is still garnering extreme fame.

Popular for revitalizing Fallout with incredible action RPGs, Bethesda has fallen out of favor with gaming enthusiasts. Fallout 3 & Fallout: New Vegas have been outstanding last-gen experiences, letting gamers dive into a post-apocalyptic expanse loaded with oddities to shoot alongside intriguing conversations that they can participate in. While Fallout 4 might have split fans regarding the overall quality, it still offers a worthwhile gaming experience.

Fast-forward to Fallout 76, and fans already know why games like Fallout are much required. Now that you are aiming to opt for a nostalgic Fallout-like game, here’s presenting a complete list.

In the survival first-person shooting horror gaming world, this game tasks gamers with heading into the threatening territory. As a “marked one,” the prime intention of the player entails moving via a dreaded zone & taking out a mysterious force popular as the Strelok. The terror-filled adventure makes the journey more mysterious.

Being one of the Fallout similar games, it’s an immersive title testing your survival potential. You can gather the helpful materials and artifacts that alter your weapons and stats, helping you fend off the zone’s monstrosities.

A true Fallout fan is familiar with Obsidian Entertainment (that’s responsible for putting out a better series installment: Fallout: New Vegas). Among the other Fallout similar games, this edition comes from the same house.

Obsidian’s action RPG release was slated for 2019, and The Outer Worlds became a famous game. It offers everything a Fallout fan would love to receive. Chart out your new path & interact with the galactic factions along the way. Among the games similar to Fallout, here you can also map out your adventure by tinkering with the character’s stats.

Nuclear war stroke Moscow, forcing a few remaining remnants of humanity to dive underground. You are the Artyom whose job is to travel through the litany of dark tunnels within Metro. You can venture above the ground during the struggles against the Dark Ones and rival factions.

If you want to get the best experience on a survival FPS with a powerful narrative, Metro: Redux is for you. It’s one of the Fallout similar games featuring mechanically and visually enhanced renditions of the Metro 2033.

Are you looking for a gaming world where you can dig deep into a world ruled by mutants? If yes, Mutant Year Zero: Road to Eden is for you. Calling it a game similar to Fallout is not an exaggeration. The deadly outbreaks and global nuclear war’s aftermath have contributed to the new set of hybrid animals and humans, living by scavenging for goods & fending off vicious Ghouls.

According to the storyline, the entry does not take place from the first-person perspective. However, it still offers a similar kind of post-apocalyptic thrills that anyone would experience in the Fallout games.

As soon as you are done with many threats coming your way in Metro: Redux, get prepared for the franchise’s third adventure.

This game is also touted as one of the free games like Fallout. Here, you are placed in Artyom’s role. However, this time, you have to leave the underground & head out on a thrilling yet dangerous trek across different continents.

Are you searching for free games like Fallout? The game is a PS4 exclusive, and here you have to deal with the mechanized dinosaurs & other categories of creatures rather than the nuclear ghouls.

With an arrow and bow in hand, you need to move throughout a range of different locales & attempt to discover the mysterious origins of Aloy. In the post-apocalyptic world, you need to hunt & gather massive robotic wildlife.

Although it took very long to get one, gamers finally got a wonderful opportunity to unveil the AAA-level game based on a climactic experience of Mad Max (2015). All you have expected from the Mad Max experience is present & accounted for in this particular title. Enjoy the moments of blood-pumping driving in the Magnum Opus & on-foot segments that allow you to put Max’s skills to the test.

All in all, Mad Max is the shining example of a game based on the cinematic experience that does a great job. Being one of the Fallout-like games, what it does is replicate the parts that loyal fans have appreciated!

The last entry is from the house of Ubisoft! This video gaming company understands the secrets of crafting first-person shooting games in locals filled with NPCs. Far Cry’s fifth installment in the game similar to Fallout in this list. It takes place in the U.S. of the A.

You need to set out & take down a cult leader, putting an end to a congregation popular as the Project at Eden’s Gate. Far Cry 5 offers you the tools necessary to investigate. It lets you call on the aid of the non-cult members, thereby helping you push towards your version of salvation.

We have listed all the games that are similar in gameplay to Fallout below in no particular order.

With these entries listed above, this post has covered the eight best games like Fallout. Now that you are knowledgeable about these games, it’s up to you to choose the entry that goes in favor of your gaming preferences.