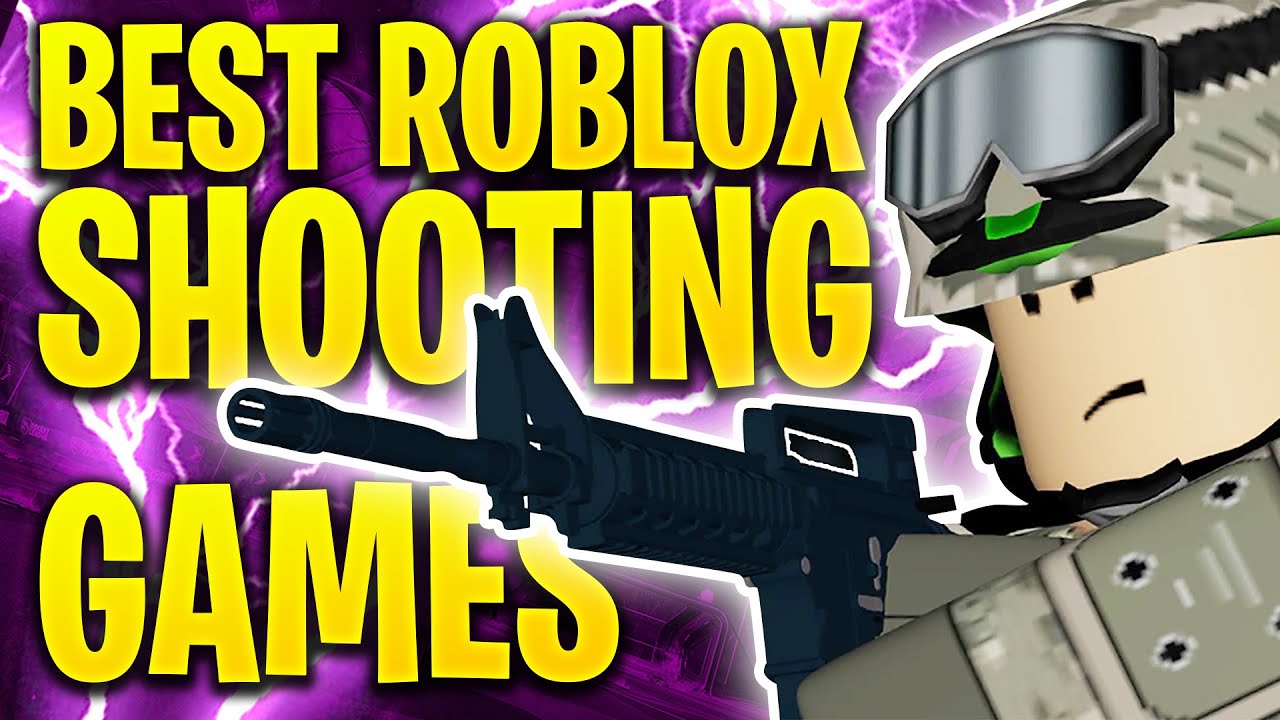 Gaming is one of the biggest industries in the world and is expected to increase by multiple folds in the coming years. There is no surprise in this fact as the number of offline and online gamers is increasing by millions every year. One of the most popular platforms among them is Roblox and among Roblox games, the most played are Roblox shooting games.

Also Read: How to get Free Robux?

These shooting games can satisfy the gaming hunger of players for hours and are very interactive and fun to play. Be it first-person shooter or third-person shooter games on Roblox, they are equally engaging. Roblox has several shooting games to choose from, but there are a few which have been the favorite among players. Here is a list of some of the most played and popular Roblox games that will definitely up your shooting skills as well.

Below is the List of the Best Roblox Shooting Games

If you have been playing counter strike and are a huge fan of the game, then you will definitely like this one as well. The concept of this shooting games matches that of Counter-Strike. You can play in a team of 5 against a team of 5 and plant or disarm bombs. The game is really engaging and will keep you glued to it for hours. The game also allows the users to earn money in the game which can be used to buy weapons and other items before the beginning of the round.

If you are looking for a shooting game that is competitive and can up your shooting skills, then this is one of the best roblox shooting games you can go for. It takes a lot of different elements from Counter Strike-Go and the most popular title Call of Duty. The gameplay is extremely user-friendly and the user interface is one of the best. The graphics of the game are great and it stands out from all the other Roblox games that you will be playing.

The gameplay of this game is very similar to what you will experience in the popular game Overwatch. It allows two teams to fight each other in multiplayer mode. There are different genres of players where some can provide more damage while others can heal and have support abilities as well. Among other shooting games, it provides very polished gameplay and has a level-raising system for characters as well.

There are only a few roblox shooting games that can provide the experience of Battle Royale. The Battle Royale concept was made popular by the games like PUBG and Fortnite and this game provides a very similar experience. It is currently one of the most realistic shooting Battle Royale games on the Roblox platform. You can become one of the four characters, Assault, Engineer, Support, or Recon. Among all shooting games, you will definitely feel the Fortnite vibes in this one.

Here is another Zombie shooter to play which will engage you for countless hours. It is one of the best roblox shooting games in its genre and will provide you with engaging gameplay. It comes with a dark theme based on the gameplay but still has a lot of vivid colors to make the graphics more appealing. You can enter the multiplayer mode and attack the zombie with them.

This game became a popular one among roblox shooting games in 2021 and is still one of the favorites among players. The game has modes like Deathmatch, Elimination, Capture the flag, and more. Due to this, the players can experience different types of gameplay in different settings. It also allows the players to earn game money and use it to buy weapons and other items.

There are many shooting games that are based on zombie shooting and if you like that genre, then this will be a perfect match for you. This Zombie shooting roblox shooting games will allow you to shoot countless hordes of zombies. The more you play the games, the more access will be provided to new maps, weapons, and characters. You can also raise the level of your characters by playing more. It can be great fun to play with your friends as well.

When it comes to best roblox shooting games in terms of graphics, this game wins the first spot. It has by far the most engaging graphics in a shooting game on Roblox. Elements like graphics, recoil, and sound effects make the game a lot more realistic. This game also offers different character types like Support, Engineer, Assault, and more.

This is one gaming title that does not need any kind of introduction. It is one of the best roblox shooting games and also among the popular shooting games on this platform. Although this represented the original game on the Roblox platform, the graphics of this game have evolved since then and now are among the best that players can experience. The texture and structures are very detailed and it still maintains the aggressive and gory gameplay of the original Doom.

As the name suggests, it is among the most violent shooting games that you will ever try. Due to this, the gameplay is intense and there is no shortage of adrenaline while you are playing it. The game has some of the best graphics and sound effects as well. The game allows you to team up and kill as many monsters as you can.

We have listed all the Roblox shooting games that are good to play, in no particular order.

Here are some of the best roblox shooting games that you will experience on this platform. All these games are some of the most popular among the players and will provide you with countless hours of fun and entertainment. You can either play it solo while teaming up with strangers from around the world or even with your friends in multiplayer mode.