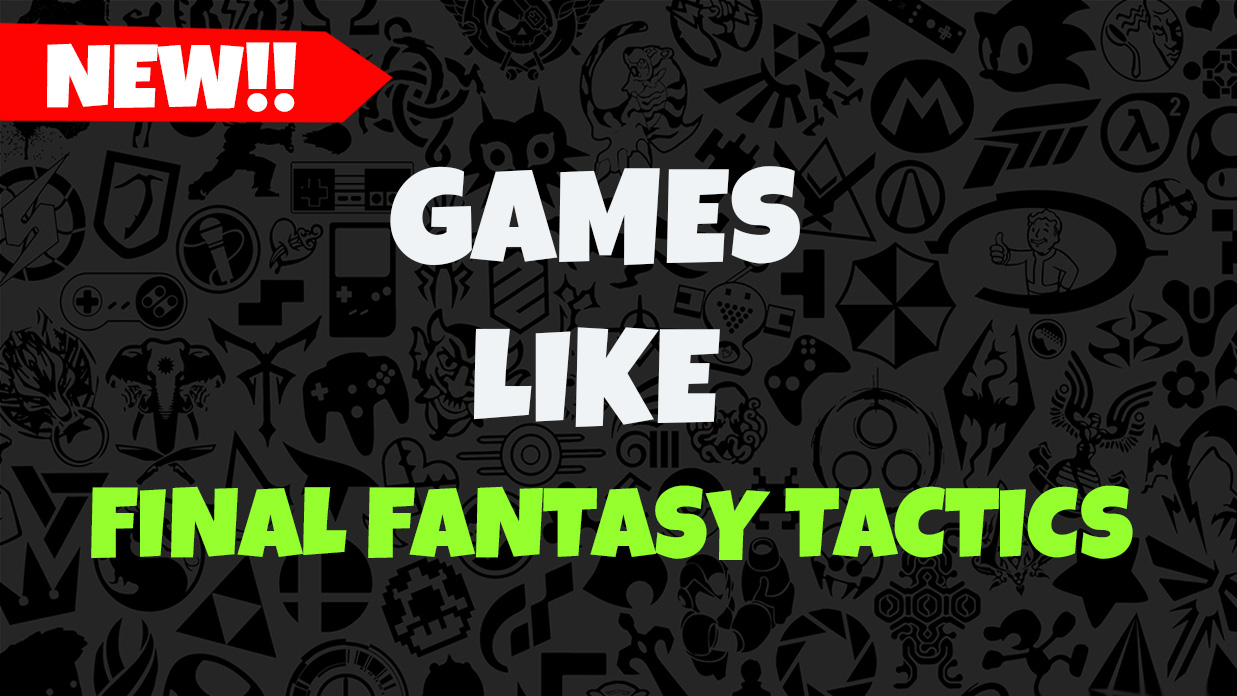 Final Fantasy Tactics is one such game that reminds you of mystical powers and deep-rooted characters. Even though the storyline of the game is much superior to that of many others, it can soon get repetitive. However, this does not mean you have to give up on this genre. There are quite a few other games very similar to final fantasy tactics that you can play. Here mentioned are some paid and free games like final fantasy tactics.

One of the main and first RPG games, this is one game you should try if you are looking to play other games like final fantasy tactics. Since its launch in the mid-90s, this game has been able to capture the minds and hearts of gamers all around the world. The best entry of this series is undoubtedly Tactics Ogre: Let Us Cling Together. The game was later launched on the PSP as a full-blown remake. If you are looking for games similar to final fantasy tactics with similar medieval clashes against other players within the Kingdom of Valeria, this will not disappoint you.

This is another franchise you would not want to miss out on if you are looking for games like final fantasy tactics. If you have been a Nintendo fan, you probably have already seen Fire Emblem characters in other games like Super Smash Bros. however, this series only makes it better. In this game, similar to final fantasy tactics, you will find all those master swordsmen fighting other Nintendo icons for their kingdom. While the introductory game of the series is now playable on the Switch, your will find several other entries that you can revisit.

Another game similar to final fantasy tactics is Tenderfoot Tactics. In this game, the goblin race has been made out to be the good guys, fighting a threat called the Fog. Although with the easy-to-remember name and amazing graphics, this game is an instant favorite for gamers around the world, most of the credit surely goes to the art design. In addition to that, the game allows the player, full freedom when it comes to exploring the surroundings and influencing other elements of the battle. If you want to play games similar to final fantasy tactics, try this one out.

Although the graphics and make of this game might push you to think it is an old game, made for the 16-bit consoles, it is actually as recent as 2019. With many options of gear, skills, character classes, and powers, this is one of the final fantasy tactics like games you would not want to miss. However, for first-timers, the game’s combat mode might need some getting used to.

Luckily, there is a training mode that allows you to not only understand the gameplay but also know the characters and their special powers a lot better. Many of the mechanics used in this game will surely remind you of final fantasy tactics similar games.

With a lot of the animosity and intrigue and several elements of steampunk, this game is sure to remind you of final fantasy tactics like games. In addition to that, the amazing graphics, concise gameplay, and deep map building are what make this game one you should surely try. In the game, you have to attempt to maintain order through the army as an Arbiter agent.

You will find the class system of this game quite intuitive and the battle system quite addictive, making it one of the best games like final fantasy tactics on the list. The story of this game is also quite engrossing, making the whole package a lot better.

This game takes a rather ominous take on the long legacy of King Arthur. Instead of taking control of the knight himself, you will be playing as one called Uther, a more vengeful version. With the legendary mage called Merlin, you will have to go across Broken Britannia, with the main objective of retrieving the Excalibur. What earns this a spot on the list of final fantasy tactics similar games is how grasping the storyline is and the combat mode.

You have to strategize and take your forces to battle against mobs while also ensuring their emotional health is not hampered. This is truly one of the best games like final fantasy tactics.

A much more colorful and lively strategy RPG, this is not as intense as the other games mentioned on this list. This game starts you off in the middle of a conflict between the magical beings called FAE (hence the name) and human beings. You will be playing as Peony and will have to manage your allies while also having to assist Fae characters once in a while. The interesting implementation of magical elements that can change the outcome of the battles in a split of a second is what makes this one of the better free games like final fantasy tactics on the list.

Unlike other games, in this, you are not ruling over medieval warriors. Instead, you are in the midst of modern tech and giant mechs known as Wanzers. The series is quite satisfying, with quite a few notable mentions, especially the first entry. You will have to manage every aspect of your favorite Wanzer, with the main goal of blasting apart the rival mechas in your path. This is a great game to play, especially after you have finished Final Fantasy Tactics.

These are some of the best options you can give a try if you are missing the gameplay, story, and graphics of final fantasy tactics. All these games are available on various platforms, so make sure you check that before installing any.