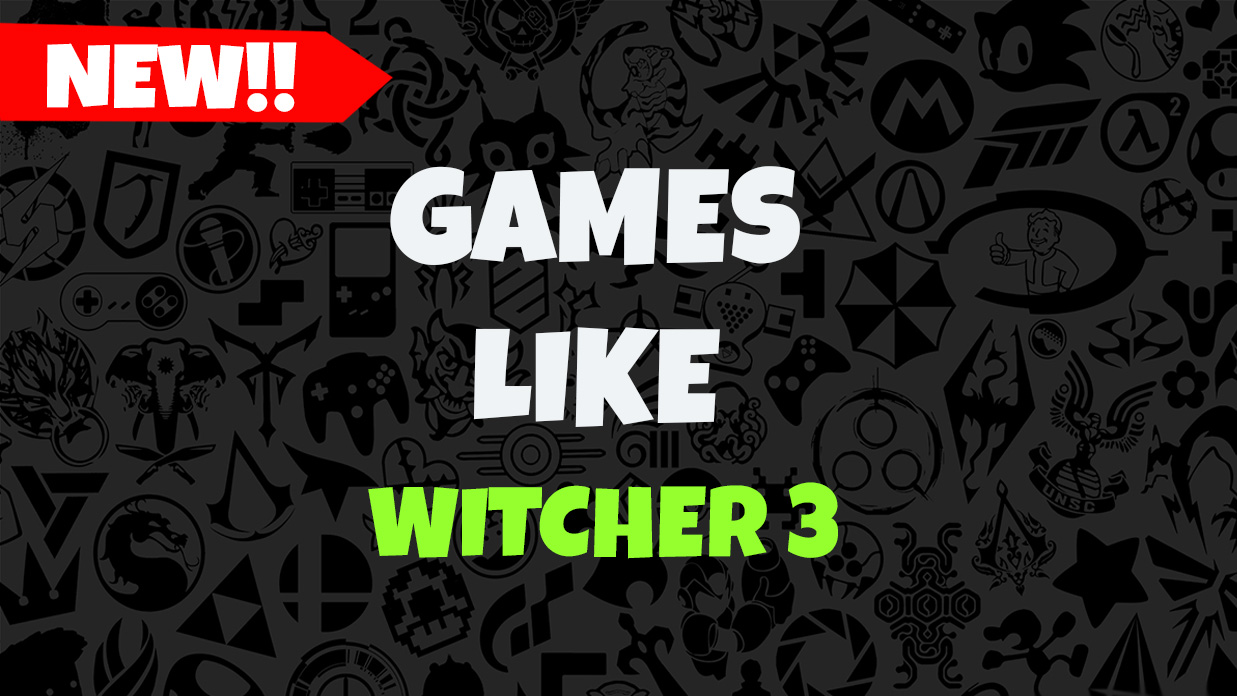 The Witcher 3 game is a phenomenal title. And by far, this game has been one of the most intriguing and ambitious installments in the whole series. Calling it one of the most impressive and biggest games in recent times is not an overstatement. Geralt of Rivia also became a fan-favorite anti-hero as the players traversed the wide world known just as the Continent. But if you have already played the game recently, you might be in need of more such games similar to Witcher 3

In case you feel like you’ve witnessed them all, there are more similar titles that promise to keep you dedicated for hundreds of hours. So, now that you are searching for games that offer a similar experience as that of Witcher 3, here’s presenting the eight best installments.

Breath of the Wild (Legend of Zelda)

In comparison to other open-world games, the Legend of Zelda: Breath of the Wild does not do anything ground-breaking. However, considering the score of this series, it has achieved so much. Thus, calling it one of the unforgettable and best games like Witcher 3 is not an exaggeration.

Breath of the Wild has taken everything fans knew about Zelda, from dialing it up to the eleven to upgrading the features. So, if you thought dashing across the Hyrule Field in Ocarina of Time was the most amazing part, here’s to more enjoyment! In this installment (known as one of the best games like Witcher 3), the Breath of the Wild’s wonderful amalgamation of survival elements, challenging optional enemies, and side-quests are sure to endear The Witcher fans into the game, even when you are absolutely new to the universe of Zelda!

Let’s just be honest with one fact! Open-world adventures offer dizzying opportunities and freedom! And when it’s about freedom and dizzying scopes, who would ever miss out on the name of The Elder Scrolls V: Skyrim? Probably no one! In fact, it’s the first name that strikes anyone’s mind when thinking of the best Witcher 3 similar games.

Yes, you read that right! This incredible choose-your-adventure experience or simulation game shows its age now (playing without the mods becomes super jarring). However, the game needs no explanation or introduction, and there’s no doubt on that front! It’s the Skyrim. And if you have already played it before, you know how convincing the gaming experience is. When the Witcher 3 offers a free-roaming world urge, delve into the world of Skyrim for another playthrough! And there you have it all!

With the Witcher 2, Inquisition contains a large dose of combat. However, it tempers all the blood-leaky action just by bringing something different to the fore – relationships. Grab a wonderful opportunity to experience your fantasies through this game.

There are different dialogue options, and you may see heavy consequences for some actions. But if that’s something you loved while playing the Witcher 3, then the Dragon Age is just the right choice for you!

So far in this particular list, you have seen new installments from the heavy-hitting and established franchises. So, when compared to other free games like Witcher 3, Horizon Zero Dawn came into the gaming world out of nowhere. But fans are glad to have received such a game.

Aloy’s much-loved adventure was Guerrilla Games’ shot at the RPG. The team is known for the Killzone FPS series. However, it offers a successfully crafted deep, engrossing, and engaging open-world adventure, which players and critics alike could not get enough of.

2015 was the year when Bethesda launched the smash-hit Fall 4, exemplifying the qualities discussed so far in the aforementioned games. As you have already known, Fallout 4 is an action RPG game set in the post-apocalyptic world. Playing the game will help you discover the locals who are nothing less than super-friendly and cordial. But do remember to be choosy about the allies.

With dynamic combat, in-depth customization for your character and equipment, and a vast, unpredictable world to explore, Fallout 4 is another title that’s sure to appeal to any gamer who dug everything The Witcher 3 had to offer. It’s the next Witcher 3 similar games!

Middle-earth: Shadow of Mordor & Shadow of War hit with anyone who found them engrossed by the dark adventure of Geralt. In the action RPGs by the Monolith Productions, players take the role of the ranger, better termed as Talion. This character is one of the free games like Witcher 3 gets raised an army to try & put a stop to the shenanigans of Sauron.

The game is noted for its somber & mystical tone, stealthy or slashy combat & amazing world-building, all of which happen to be essential boxes to tick for the Witcher fans.

Infamous: Second Son is one of the games similar to Witcher 3, which has a lot of parallels with the Horizon Zero Dawn. This Sony-exclusive action RPG tells the tale of Delsin Rowe. Rowe is the young man having superpowers, battling his way around a futuristic pick on Seattle.

The Witcher 3 fans can dig the character customization and stunning combat revolving around the abilities of this character alongside the moral choices this player gets throughout the gameplay.

If you have been into the gaming world for open-world action games featuring the RPG elements and a dose of darkness, look no further than this installment. The Red Dead Redemption II is the Rockstar’s crowning achievement up until now. And it goes without saying that it’s arguably the most impressive and biggest open-world title available today.

Although it’s termed as one of the games similar to Witcher 3, it has its own set of features that make it a unique installment. The sheer amount of features and upgrades that the team has packed into the title is beyond imagination. The Witcher 3 fans definitely can dive into the life-changing journey of the Van der Linde gang and Arthur Morgan.

Now, it’s your call to choose the best Witcher 3 like games from the mentioned list of eight games.