8 Best Games Like Total War that You can Play 2022 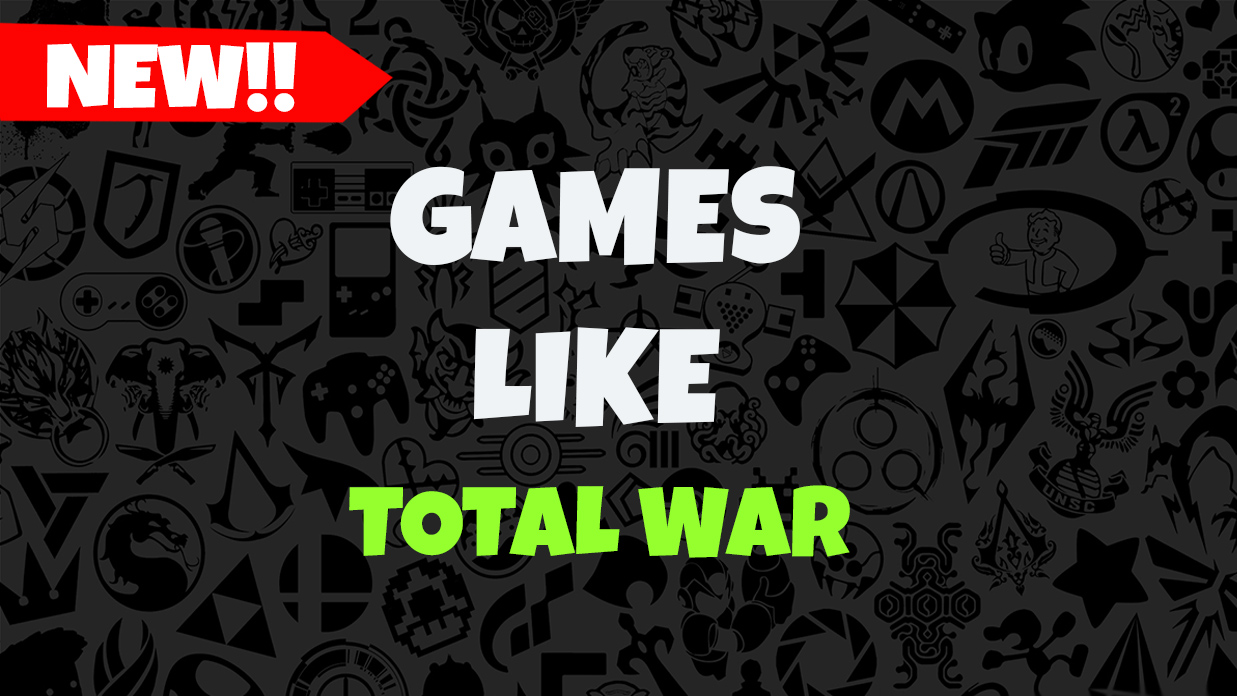 Whether this is your first time playing strategic games or you consider yourself a pro in it, mentioned here is a list that is sure to satisfy all your gaming needs.

This 2005 launch is sure to be your top pick when it comes to playing games like Total War. Developed by Firaxis Games, it has an interesting turn-based strategy format that keeps each player interested in the gameplay. In each round, you will be set with a leader who will then command an entire civilization through the several ages.

You have to command the navy, army, air force, and a lot, but also have to keep in mind the trade concerns, build projects, economics, and everything required to run and develop a civilization. Although it might seem complex to a first-timer, anyone looking for a game similar to Total War will totally love it.

Mount and blade is another game similar to Total War that you will absolutely love. It is basically a medieval strategy game along with some action-role playing elements that make this game rather interesting. The gameplay, although a bit different from the Total War Franchise, is sure to grab your attention. Ranked second amongst some of the best Total War-like games, this sandbox role-playing game is set in Calradia, from medieval times.

This multiplayer-focused game works around the Napoleonic War expansion, making it quite a historically accurate game. The battle comes with more than 200 types of historical units, which are rather fascinating when you are running on the battlefield.

This is another Total War-like game that you can indulge in if you have already finished Total war or want to try something new. In this grand strategy game, you will have to prepare your army to fight and conquer other players’ armies. This game mainly revolves around how well you can control your nation as a player.

The game has some intense warfare and is set in the Late Middle Ages and goes all the way through to the Early Modern Period. What makes it one of the best games like Total War is how you have to depend on strategizing, starting from political administration to trade and colonization. You will surely have a lot of fun playing this game.

Another strategy game set in the middle ages, Crusader Kings II, is a rather newer game on this list. It was developed by Paradox Development Studio and came out in the year 2020. Surely one of the best games like Total War, this is the first sequel in the series, and the developers are expected to come out with a third part of the game.

Although the gameplay was meant to be set in the years 1066 and 1452, there are some expansions and DLC packs that let you play as early as 769. This only makes the game a better experience as you can play as Charlemagne. However, what makes it like games similar to Total War are the several historical characters you can choose from. This realistic game is one you should not miss out on if you are a fan of Total War.

Fifth on the list is Grand Ages. This is a real-time strategy game that advances through time with technology research, conquests, construction projects, and much more. The gameplay is very similar to games like Total War and occurs in regions like Scandinavia, Portugal, the Middle East, and the Caucasus. Historical accuracy is one of the main attentions of this game, and its easy yet interesting play makes it a rather great choice on the list.

The game is very realistic and will surely encourage you to play with friends and other online players. However, if you are more of a casual player, you might want to try the other options on this list. This game is rather complex and requires your full attention to be played well.

Hegemony III: Clash of the Ancients

Players are allowed to go through the historical rise of Rome and later pave their own path in the Etruscan, Gallic, or Greek empires. Here you are given the option of controlling any one of the 25 different factions available. The main goal is to capture resources and territory so that you can build an army. This game requires high strategy. What makes this like other Total War similar games is its attention to detail.

You can also zoom in to the tactical 3D map giving you a better understanding of your position. It is said that Total War, although a bit more limited, was inspired by the early versions of this game.

This game is basically an extension of Cossack II: Napoleonic Wars, however, it can be treated as a standalone project, omitting the need for your to have a base to play it. When compared, this game offers a number of changes, like increased provinces, better gameplay, and an extended map. With more historically accurate battles and three new nations added, this is another one of Total War similar games that you should not miss out on.

When talking about games similar to Total War, you can never miss out on Hegemony III. This game is absolutely a favorite in this genre and has had a favorable audience since its first launch. The third rendition of the game only makes the overall experience much better for the player. However, this game’s ability to be able to display more than 64,000 different soldiers together on the battlefield makes it a much more complicated pick than Total War. If you are looking to make your entry into this genre of games, this is one of the free games like Total War you should try.

With eight of the top picks in this genre, you will surely love your time spent on these games.