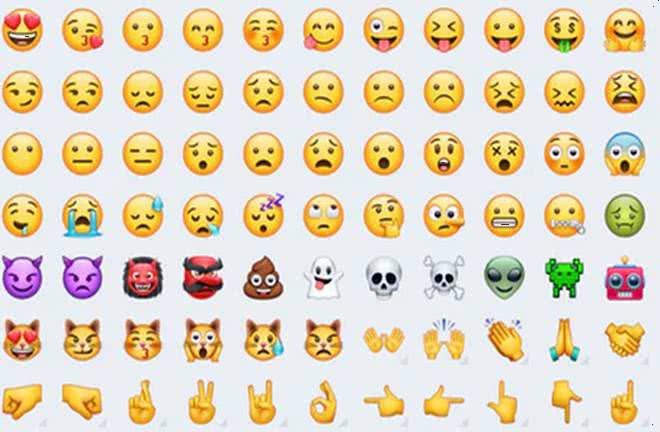 Emojis have been one of the most popular methods for expressing their feelings and emotions in messages. Emojis are very popular in almost all messaging applications like Messenger, WhatsApp, etc. Each platform that uses emojis have been releasing a new one after a regular period. Recently, global tech leaders, Apple, and Google have decided to introduce more than 100 new emojis this year. On World Emoji Day, both the companies provided a preview of exclusive emojis that they will be releasing very soon on both the mobile platforms.

With this, both the user platform will get emojis with new designs, expressions, and emotions. Google has also provided the exclusive emojis’ exclusive sneak and is expected to release more than 62 new characters in their emoji list. Not only this, but they will also come with 55 new skin tones and gender variants. The new emojis will not be added to the existing Android operating system.

It is expected that Google will be adding the new emojis to Android 11. Google also mentioned that they had proposed Unicode Consortium changes, which stand for some empathetic expression and opportunities that can bring equity to the keyboard. It will bring new ways to interact through emojis and new expressions that were not available before. The other emojis will have a bit of re-design to make them look better and fresher. Changes will also be made to them so that they look good in the dark mode as well.

The character is currently available in the Beta version of the Gboard, where you view them on the emoji list but cannot use them. Apple, on the other hand, will bring 117 new emojis to their existing list. Some of the exclusive emojis from Apple will have dodo, nesting dolls, tamale, pinata, boomerang, ninja, coin, beaver, transgender symbol, anatomical heart, bubble tea, and lungs among others. Apple is expected to release the emojis with a new update to its operating system.