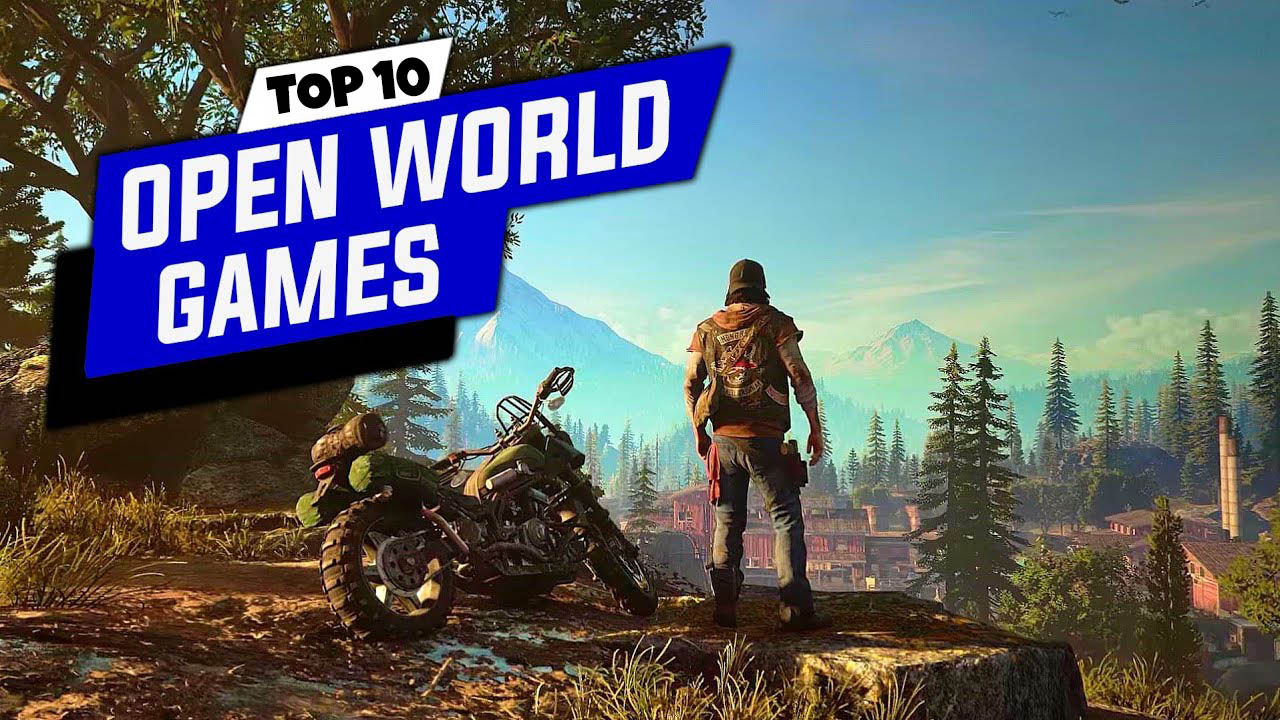 There is nothing better than playing games when you are bored or simply want to pass your time. Now there are thousands of games that you can play on your Android smartphone, which belong to different categories and segments. One of the most popular mobile gaming segments is open-world games for android.

Open-world games basically give you a lot of areas to explore and also provide a kind of customization based on the player’s gameplay. The android open-world games not only provide deep and rich gameplay but can keep you engaged for hours. Since it is an open-world map that you need to explore and finish the new quest, you will never be bored of repetitive gameplay.

Below is the List of Best Open-World Games for Android

This open-world game belongs to the massively-multiplayer online role-playing game or MMORPG segment. The game has been built specifically for Android smartphone users and is developed by a Korean company. The best part about the game is the visuals it provides for a smartphone game. It is extremely realistic and has a large open-world map that the players could explore for hours.

Each of these maps contains a location that opens up a new quest, for which you are rewarded once completed. It currently has thousands of players and is a great game for someone who has just opened up to the open-world games of the android genre.

It is probably one of the oldest open-world games that you will come across. The game was launched in the year 2010 and since then it has gained millions of followers. Developed by Re-Logic, the game provides a 2D graphic setup that allows the player to build, create and explore the mines. You can collect different types of rewards and fight the bosses in each area to get rewards.

The game is currently regarded as the best open-world game for android. The game also comes with regular updates that optimize the gameplay and controls as well. Download and try the game once and you will surely not be disappointed.

This game was long delayed for the PC version and was also one of the most hyped games of this decade. The game is being developed by Ubisoft Montreal, which is already known for creating some of the best games in the genre. These open-world games for android were launched in the year 2020 and since then it has been tagged as the best game on Android so far.

The game helps you use magic and complete missions and tasks. It is a free-to-play multiplayer game and has stunning graphics and visual effects, which it borrows from the PC version of the game. The open-world gameplay is the best among android open-world games.

Another open-world game based on the sci-fi genre is the Second galaxy which allows you to play with spaceships that can discover various galaxies in space. It has some of the best open-world experiences in android open-world games.

The game helps you to explore the vast universe and go to all kinds of galaxies and stars where you can do online battles with other players and also trade a lot of things. The game has a great visual effect that depicts space and the game will grip you from the moment you start playing it.

This game is based on the open-world role-playing genre and it really packs a punch when it comes to gameplay. Developed by Butterscotch Shenanigans, the game is among the best open-world games for android in the action-adventure genre. It provides the player with different weapons, tools, objects, and facilities that help her to complete the in-game task.

Your gameplay includes collecting rewards from rare enemies on a planet. It stands out from other games visually and also comes with in-purchase premium elements that you can pay for if required. It is currently the best open-world game for android from the sandbox.

The developer Render Cube gives the user plenty of options to build and create structures in this open world based on their creativity. You can play both in single and multiplayer mode and build cities as per your will. If you are already playing Minecraft, you can check the best Minecraft resource packs, skins, and shaders packs on our website.

A cult classic, this GTA game is now available on Android smartphones as well. It is the best open-world games for android, PC, and gaming consoles right now. The 3D adventure role-playing games bring a lot of things that you can do in the pen world. You will have to build your identity, fight gangs, do a lot of tasks and create an image for yourself.

If you have played the game on a PC or another gaming system, then you could expect the same kind of gameplay on a smartphone as well. The game does not bind you by pre-programmed missions and gives full freedom for the character to do what they want.

It is an online multiplayer game by NetEase Games which also ranks as one of the most interesting MMORPG games released last year on Android smartphones. The game is very similar in visuals to Legend of Zelda and gives a great experience while you meet other players in the open world. It is not only visually stunning but the gameplay is also easy and optimized.

The game is based on an open world and brings the elements of space with multiplayer gameplay. It is some of the best multiplayer space sandbox games which provides a very rich gameplay experience. You have more than 8,000 solar systems to explore and have to face challenges like piracy, combat, missions, exploring planets, collecting resources, and a lot more.

Ranked among the best android open-world games, it is also filled with lots of different missions and elements that will never let you get bored.

It is one of the most interesting picks in the best open-world games for android, especially if you are a fan of open-world games. It is based on the MMORPG category and gives a lot of new challenges for the users. It is regularly updated with a new mission and comes with a lot of multiplayer missions as well.

The game allows the player to protect themselves and others from zombies and collect resources to build a shelter. You can then slowly upgrade and increase the boundary and strength of your area to protect from zombies.

We have listed some of the best open-world games available on Android below, in no particular order.

Here are the best available open-world games that you can currently experience on your Android smartphone. These games will give you plenty to explore in both solo and multiplayer modes. You can download these games for free and also purchase some premium elements if you need to enhance your gameplay.