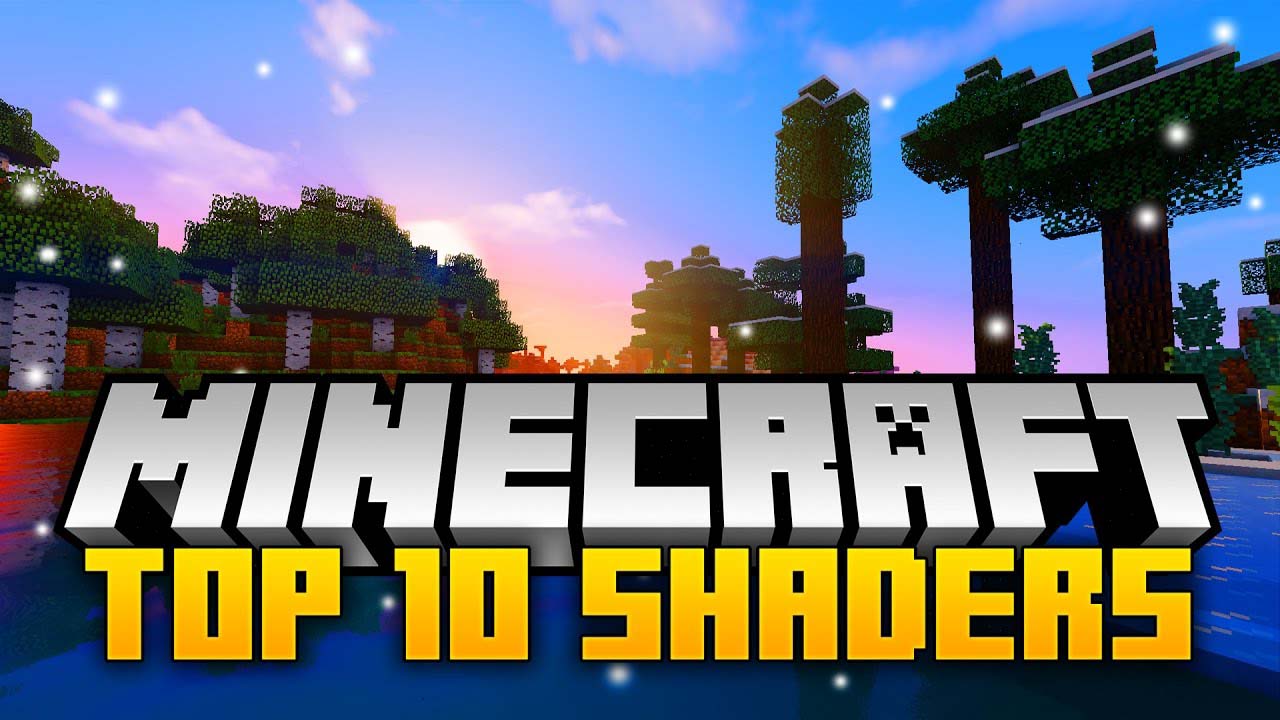 Minecraft Shaders: One of the most interesting aspects of playing Minecraft is the amount of customization a player can do to bring a new experience to the game. When it comes to Minecraft, the player has full control over how they want their characters to be, how to want to go ahead in the game, and also how they want the environment of Minecraft to look.

One of the most important aspects related to this is Minecraft shaders, which allow the users to change the lighting and graphic textures of the game. Now, since the game is customizable as per the player’s preference, there are a lot of different shaders for Minecraft and they can be used to bring a retro look, pixelated look, or a photo-realistic look, and a lot more.

The best Minecraft shaders are basically used to generate a different shade of color in the sky and the background of the atmosphere of the game which is generally not available by default. Some of the most popular and best Minecraft shaders have been known to make immersive stylistic and cosmetic upgrades to the game.

If you want to try it out, then we have a list of Minecraft’s best shaders that you can use to change the virtual environment in the game.

Below is the list of Best Minecraft Shaders Online

The Sildurs Vibrant World is one of the most commonly used shaders by the Minecraft gaming community. It is a GLSL shader mod and overhauls the lighting system in the game for increased ambiance and reflections in the environment. The best part about this mod is that it is regularly updated as per the latest version of the game and is also configured for an older version. However, it would give the best results on the game when you have a graphic card on your PC. The sun would become more radiant and the shadows will be much deeper with reflections. The overall effect of this mod makes the gameplay even richer.

If you do not want to change the dynamic of the environment in the game and want to enhance the existing environment to be more realistic in looks, then this is the mod you require. Chocapic13 is one of the best Minecraft realistic shaders as it adds more character to the atmospheric value and allows the gamers to make a custom adjustments to the environment as per their requirement. Using this shader would definitely improve the overall tone of the game and would bring better effects in fog, shadows, and lighting.

If you are searching for Minecraft shaders download, then Continuum Shader should certainly make a place in your list. The mod has been specifically designed to bring out a high level of detail in the existing world of Minecraft. Every texture and object would look like shining rippling waters to the clouds, and the light streaming through the foliage. It will also add more details to weather conditions like rain and snow. Another spectacular effect that you will see is the moving of trees in high winds.

SEUS is considered to be one of the best shader mods for Minecraft and does bring in some of the most impressive lighting and shadow effect features to the game. Lights reflecting through the glass inside the building and caves, natural-looking grass and sand textures, and a pleasure to look at the sky are some of the most common features of this mod. The mod will add a lot of realistic-looking features to the game without consuming more resources from your system. The mod is lighter than other available mods and a great way to enhance the in-game graphics.

If you are searching Minecraft shaders download, then RudoPlays should be the one you should probably download and try. The mod not only improves the graphics but also provides some really great graphical enhancements. You will be able to notice a difference in plants where they reflect sunlight and look more realistic. You will also see the changes in how lens flare, solar rays, and ambiance around you change. It will definitely make the Minecraft scenery much more beautiful.

It is considered to be among the Minecraft best shaders and is very popular among the gamers who use it. The BSL shaders pack can be easily downloaded and would bring a lot of colors and vivid lighting effects to the game world. Every object and texture looks much more elegant and realistic. You will be able to see better water reflection and a great color palette. The clouds in the sky will almost look life-like and so will the houses and vegetation.

When it comes to the best shaders for Minecraft that have been specially built for PCs that do not have a high-end specification, this is the one to go for. Lagless shaders do not demand a lot of resources from the PC while providing simple enhancements that will increase your gameplay experience. It is a favorite among many Minecraft gamers as not all have either a graphic card or costly hardware. You would still be able to get a pretty good visual effect in the weather, plants, and environment in the game, without compromising on the frame rates.

Sushi Shader might not be an original shader as it is based on the popular Chocapic13 shader which transforms the Minecraft environment into a vibrant, bright, and lively environment with sparkling water and colors. It is definitely one of the best Minecraft realistic shaders that you can try out there. The effect will mesmerize you as to how a pixelated game can be transformed into something so realistic. The mod can also generate colored shadows and provide a better quality effect for transparent objects. The level of detail in it is more than one can ask for.

MrMeepz is one of the shaders for Minecraft which does not require you to have a high-end hardware PC and also provides a decent visual effect. The mod is not heavy but still brings in a warm and comfortable environment in the frame. The water animation is great and so is the orange daylight hue in the background. The mod makes the environment and weather look like permanent daytime and is something people will love if they prefer clear weather and environment in the game.

Minecraft shaders are mainly meant to improve the graphic quality in the game and are often used to add additional elements or customize the existing ones. Kuda shader also makes a large number of improvements to the game and mostly emphasizes natural light. It enhances the sunlight in the game similar to the beam light effect and also increases the duration for the same in the game. The depth of the field is also increased and so is the balance between soft and realistic graphics.

So these are some of the best Minecraft Shaders that you can get your hands on. Most of them are free and can be easily downloaded and installed on the game. Using these shaders will not only enhance and change the monotonous gameplay environment but will also give you a reason to play the game again and again. You can simultaneously use different types of shaders to get a new experience every time.