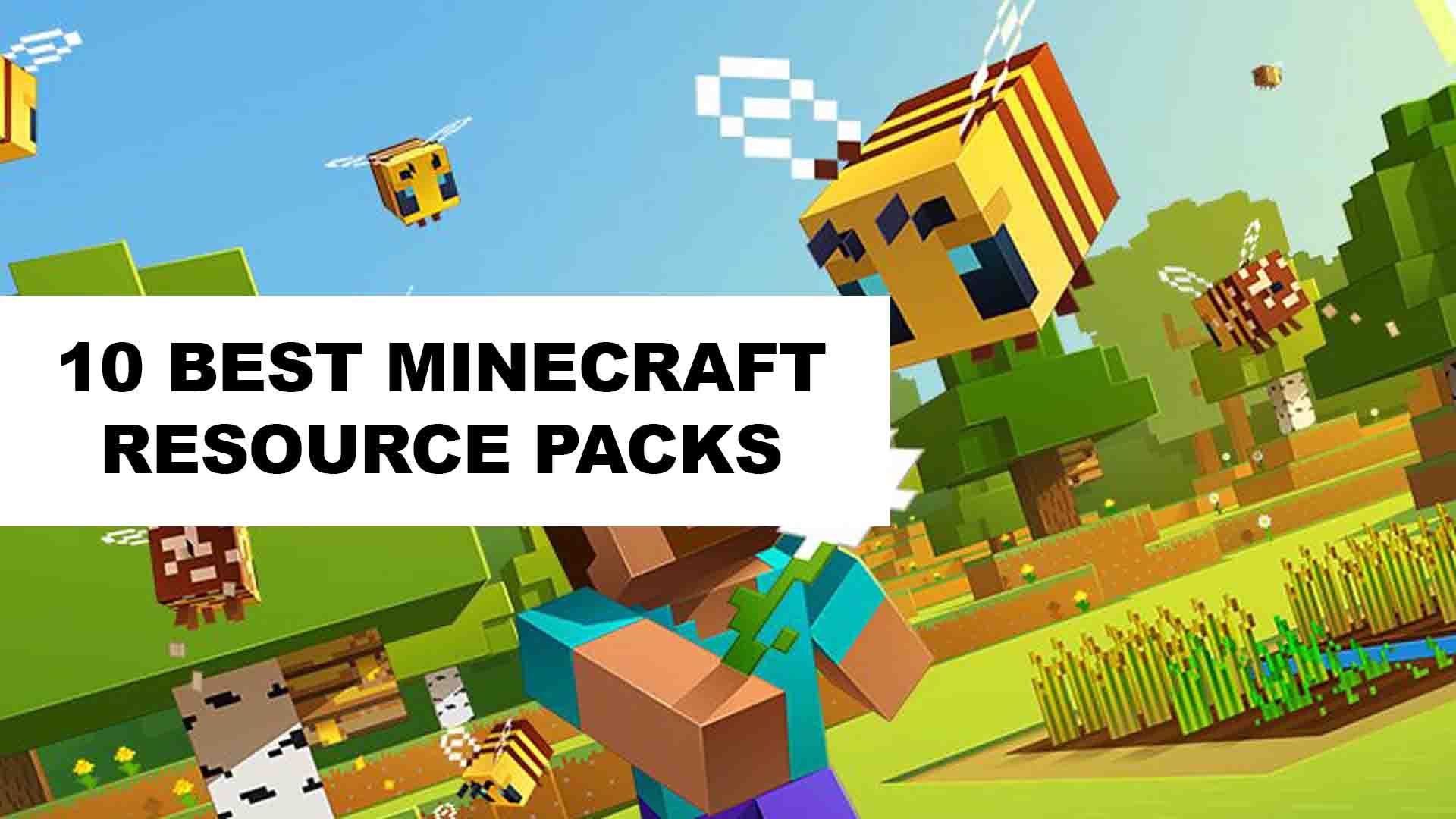 Minecraft has been one of the best games ever to be played and has millions of fans worldwide. Although the game is entertaining and engaging in itself, various other Minecraft resource packs can be added to improve the experience. These elements or resources add a lot of value to the game and could be used to improve the visual appeal. They can improve the original game graphics by adding a lot of new textures, shadows, and new maps. Some resources have also been developed to create new storylines in the game, which helps expand the Minecraft universe.

These add-ons have been created by both the game developers and individual developers using the game code, which also provides a lot of stability in the game. When it comes to the Minecraft game, we all know the kind of graphics it uses. The bitmap image display that the game uses makes it very different from other genres, making it visually a lot more unique and appealing. The same bitmap display graphics has interested a lot of new players in the game as well.

Similarly, the Minecraft texture packs help to add more elements to the quality of the existing image in the games and make it far superior. You will be able to get the premium version of such resource packs made by the official developer studio and the fan-made version for the same by professional artists and modders.

If you would like to add a resource pack to your Minecraft game, then there are many options to go for. It cannot be very clear for someone who has never played the game with mods to find the right mod that can make the game even more interesting. We bring you the list of the best available mods and resource packs for Minecraft that you can use. Let’s have a look at some of them. You can also read our article on unbanning someone from minecraft in few simple steps.

Below is the List of Best Minecraft Texture Packs available

It is one of the new versions of the resource packs available for Minecraft. When it comes to the graphics of the game, there is no better resource pack than this, which can change and enhance the game’s feel. It will transform all the textures and characters in the game with new graphics and colors.

It makes the game a lot more colorful and adds many new art designs to the game. This resource pack has been created with many minute details, making sure that each element, from blocks to characters, is crafted with perfect details. It will change the user’s entire experience while playing the game as it makes the game more attractive and engaging to play.

It is one of the more popular mods for the game that is in existence for a very long time now. It has been used since the beta version of the game was released. It adds a lot of rural and rustic fantasy-style elements to the game. You will also notice an increase in resolution to the original version with major improvements in elements like cobblestones, wood, and dirt.

Textures and elements are a lot more refined without changing the original pixelated graphics. It is a great choice for players who have been playing fantasy games and want to add a bit of the same touch to Minecraft.

If you are looking to completely revamp the game and change all the original game’s default textures, then the Jolicraft mod will do that for you. It changes the texture of the entire game and makes it look more colorful and attractive.

The environment in the game will be much more vibrant and without any changes to the original gameplay and resolution. It has been used by many gamers and gives a lot cleaner look to the game.

It is also one of the more popular mods in Minecraft and has been a popular one among gamers for a long while now. It is customizable and brings a lot of different elements to the game, such as creepy-looking skeletons, better-surfaced rocks, and ground.

It mostly has muted colors, but this is what adds a completely new look to the game. If you are looking for something new as an experience in the game, then this mod will provide you with the same.

It is one of the unique mods that you will find for Minecraft. It is a great mod to add a completely new experience on how the game looks and feels to a player. It uses a set of distinctive colors and textures for each character and cartoon.

The color texture is more vivid and more on the safer side, with the use of shadows. Not only characters, but the effect can also be seen in the natural elements like grass, dirt, and other objects. The graphics changes are very light and do not affect the performance of the gameplay of Minecraft.

The resource pack does not include any enhanced graphics, high contrast, loud noises, etc. It uses the same pixelated base of the original game for the graphics but enhances its visual appearance.

Adding outlines to the pixelated blocks, removing harsh edges, and adding smoothness to the original pixelated graphics is what this resource pack does. If you like the original graphics of the game and want to improve the same without any major changes, this is the resource pack you should go for.

It is one of the very popular resource packs for Minecraft that can change the game’s entire visual appeal. If you have ever played games like Elder Scrolls or Skyrim, they have a completely different graphics set, which brings the medieval period elements. This mod for Minecraft has been specifically designed to bring the same theme to the game. It will revamp the entire game’s graphics to a medieval period and improve the resolution.

The best part about the resource pack is that the graphics’ overall improvements do not affect or decrease the gaming performance. With this mod’s addition, the user can get to see more realistic wood, stone, and metal. The mod is more suited to the latest version of the Minecraft game and is a great addition for players who are looking to have a medieval castle or village being built in their game.

When we talk about the best Minecraft resource packs, then you surely cannot miss this out of the list. Specifically designed and created for the newer edition of the game, it can add many 3D effects and elements to the original version.

As the name suggests, it is a resource pack that has been created to add more modern elements to the game. Minecraft is all about building and creating, and if you were missing the creation of any modern architecture in the game, then this is one of Minecraft’s best resource packs for you.

It will add modern architecture and structures to your Minecraft game and provide enhanced graphics compared to the original version. It has been specifically built to add a modern outlook to the bitmap style graphics of this game and will also not affect the game’s performance.

It is also considered to be the best Minecraft resource packs a gamer could go for. This mod was created for a specific set of gamers using a high-end gaming PC to play Minecraft. It increases the resolution of the game and enhances the graphics and makes each element look more refined.

This mod is on the top of the list when it comes to mods for increasing the graphic quality of the game. However, you need to have a high-end gaming system to be able to enjoy the mod.

You may check our Best PC Mods for GTA 5 List if you play that game as well.