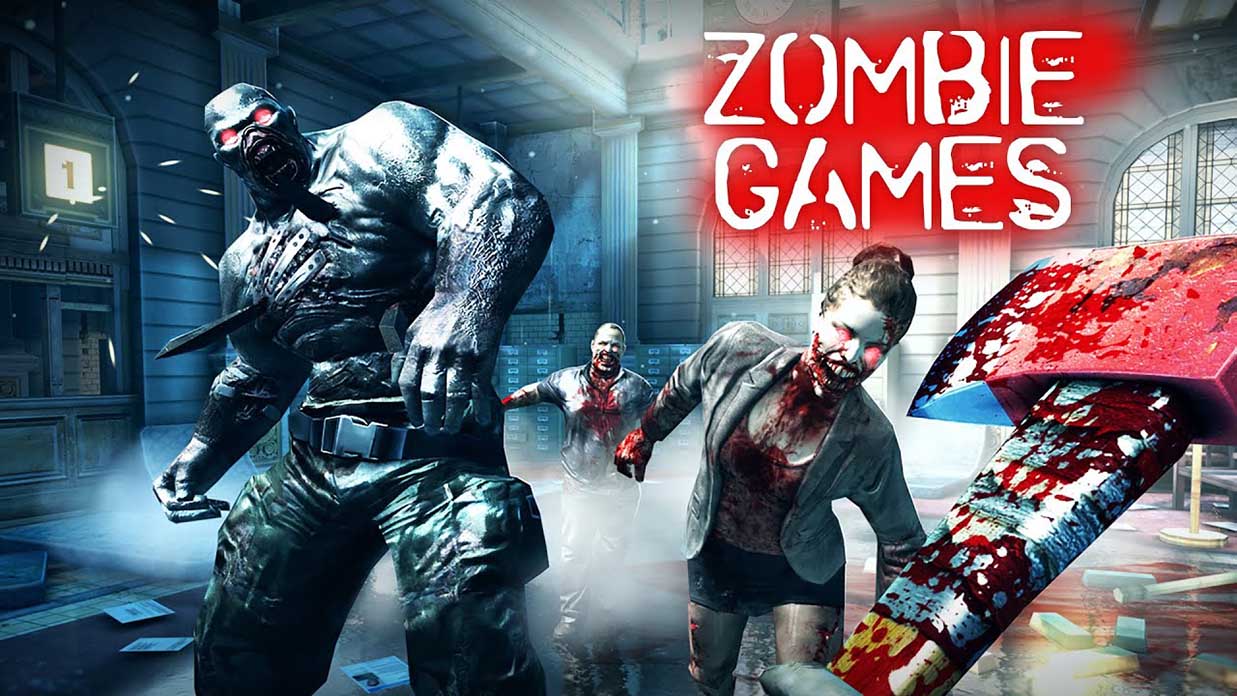 Mobile or smartphone games are really fun to play and one of the most popular genres in mobile gaming is zombie games for android. These games are very different from all the games that are available for Android.

They are fast-paced, engaging, need strategy and patience and at the same time, they are constantly updated by the developers to provide more and more challenges and avoid repetitive gameplay.

We have created a list of some of the best zombie games for android which will provide the users with lots of blood thrilling actions, and obviously many zombies to kill.

Below is the List of Best Zombie Games for Android

If you like killing zombies and also like to race, then this game is the perfect combination of both and will keep you engaged for hours. In the list of zombie games for android, this game ranks among the most popular and downloaded games.

It allows you to drive through a road that is filled with zombies and your task is to kill all of them on the way and reach the end of the road. You can earn rewards and upgrade your car while playing to make it a speed-killing machine for zombies. It is definitely satisfying and a great way to enjoy your free time.

This game is a little different from the other zombie games out there. Where in other games you have killed the zombie horde, this game offers you to be one of them.

You will be a zombie whose task will be to infect more and more people and increase their zombie army to destroy entire cities. It is challenging yet fun to play as well, which makes it among the best android zombie games.

Who does not know about the Call of Duty franchise? It is in fact, one of the most popular gaming franchises when it comes to the shooting genre. Therefore, when such a franchise comes to the zombie world, it is definitely going to be something else.

You can play the game in multiplayer mode, where you in a group of four can kill a horde of zombies wandering around. You can also upgrade and select your choice of weapons. The graphics are interesting and smooth and the gameplay is one of the best of all.

It is the best zombie game for android you can get your hands on. It will also offer some purchasable elements that can give you an edge over other players. If you also like games on the shooting genre, then take a read at the best roblox shooting games list.

It is one of the most engaging zombie games that you will ever find and especially for those who also love tower defense strategy games. The concept is very similar and you will have to build towers on the way through which a zombie horde will pass.

You will be assigned the responsibility to kill them before they reach the end of the track. The towers can be upgraded with weapons and other elements to deal with more damage. Definitely one of the best games on the list of zombie games for android.

It is a simple kill all the zombies type of game where the players will be offered different kinds of weapons to kill the zombies with. As a player, you will be sent to various scenarios and maps to face the zombies, who will keep getting stronger.

At the same time, you can upgrade the existing weapons and get access to new weapons to kill them. It’s a great pastime game if you are looking to simply kill a lot of zombies. Worthy zombie game for android to be on your smartphone.

Into the Dead is a must-have Zombie game on your smartphone as it has been considered the best zombie game for android. The game not only has great gameplay but is one of the best graphics that you can ask for from a game on a smartphone.

The game is based on the post-apocalyptic scenario. The player is constantly moving with limited ammo and avoiding the horde of zombies to be attacked from. You can spend hours on this game without even realizing it.

The more you play, the more agile your player becomes in avoiding the zombies.

An evil company CS corporation has set out to take over the world with an army of zombies and you alone are responsible to stop them. You will have to kill the zombies and stop them with each level getting tougher and tougher every time.

It will surely make you put in your efforts while challenging your gameplay abilities. It is why it is considered among the best android zombie games.

This game has been one of the popular zombie games for android and has been developed by Electronic Arts. The game follows a simple concept where the horde of zombies are trying to invade a garden and the plants will fight these brainless zombies to save their garden.

The game is really fun to play with many upgrades and new weapons to fight the stronger zombies in the difficult levels. You will be fighting the zombies with all types of plants placed in the garden.

This game is meant for those who really want to experience how a person would survive in a zombie world. One of the best android zombie games, it allows the player to use their skill and resources to survive and build elements for them.

They can use the resources to create shelter, hunt, make new weapons, and a lot more. All these skills help them in surviving the zombie apocalypse. You can also check our specific post for Survival Games on Mobile.

This zombie game is meant to provide you with extreme fun and a great engagement at the same time. It is a light, easy-to-play zombie game that provides you with great graphics, various cartoon zombies, and addictive gameplay.

You will have the option to fight several zombie characters with multiple weapons.

We have listed the top 10 best zombie games on android in no particular order.

These are some of the best android zombie games that you will come across in mobile gaming. All of these games are the most popular and have been awarded a popular choice award by the users.

You will notice that these apps already have millions of downloads, making them one of the best zombie games on the list. So, go ahead, download them and have fun killing hordes of zombies.

Does the game have a lot of blood and violence?

Yes, since it is a zombie killing game, it does consist of blood and violence. However, there are also games like Zombie Age 2 and 3, Plant vs Zombies 2, which are less violent and are also meant for kids to play. These two games can also be called Zombie Games for Kids.

Are these games paid or free?

Almost every game in this list is free of cost to download and play, apart from a few premium elements that you can choose to purchase if required.

Are these games available on both Android and iOS?

Yes, almost all the games are available on both platforms.

Are these games updated with new levels?

Yes, all the games are constantly updated with new levels, maps, and more elements.