Gmail redesigns side panel to show multiple services at once 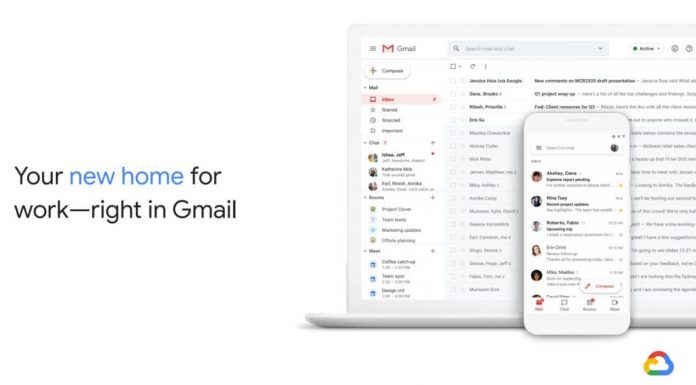 Gmail has been one of the most used email services globally, with possibly billions of users. What attracts people more towards Gmail is the easy to use UI and the simplicity of navigation. To make the Gmail services more user friendly, Gmail has been working on a redesigned model that brings in various features and services together and especially incorporates Google Chat and Meet.

Gmail has officially announced that they will be integrating the video calling feature to Gmail, and the update is rolling out now. As per Google, they are trying to make Gmail a one-stop workplace for everyone, where they can use all the features and services from one platform.

The updates have been rolled out for the iOS users and will roll out for every user immediately. Apart from this, the Gmail app will now get bottom bar tabs for Chats and Rooms. The tabs will allow the user to see one-to-one and group chats with the profile avatar and the user’s status. It will also create a notification or some kind of alert for the user to check the neglected chats.

Another feature in Gmail also provides the user to have a larger conversation for teams and projects. These are specific chat rooms that can be created for work and are to directly compete with Slack, which is used by professionals world over. Similar features will also be available on the Gmail web version, where the tabs in the left will provide the user quick access to multiple things at once.

Services such as Google Docs in the left bar will allow users to open a doc immediately while having an online conversation on the Gmail platform. Similarly. Users can use various Google services from the left tab while being on a video call. Features like custom backgrounds, hand raising, meeting attendance, etc., and other features will also be added to Gmail, making it a better platform for professionals.

Google has been focusing a lot on the Nest devices and how people could use it to use all the Google Services through it....
Read more
News

Although Samsung is going to unveil the new Samsung Galaxy S21 series a few hours from now, new leaks have already emerged for the...
Read more
News

A few days back, Qualcomm announced their new series of smartphone chipsets, which was the Snapdragon 480. It was supposed to be a more...
Read more
News

CES 2021 day 2 saw a lot of announcements regarding new projects, concepts, and product launches. Some of these major announcements included the Asus...
Read more
News

TikTok has made new changes to its privacy settings today to its app which is aimed to provide a much safer experience with the...
Read more
News

When it comes to Gigabyte, they have been knowing to offer customers some of the best gaming hardware or specifically laptops in the market....
Read more