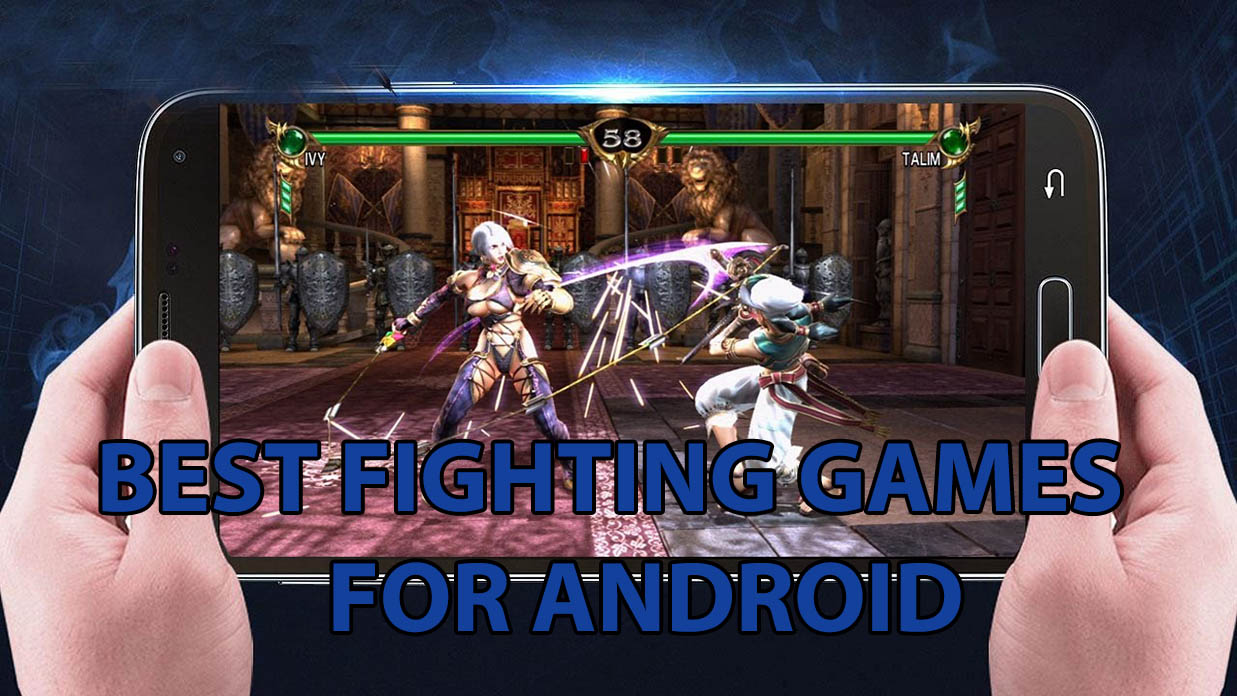 Mobile games and particularly on Android smartphones have been really popular among all age groups. However, fighting games have never been able to create a space in this segment where millions of players could actively play against each other.

Below is the List of Best Fighting Games for Android

The game is one of the best online fighting games on Android smartphones and brings a lot of variety to the gameplay. Among all the other fighting games on android, this game focuses more on the customization part which personalizes the game for each and every player.

Players need to build a mech out of the junk and parts that they collect through the gameplay and fight against the competition. Over time, the player will be able to upgrade their mechs even further and customize them to look unique for their players.

There are obviously many paid elements as well, that you can buy as per your choice and make the experience even better with this game. The arena battle style will keep you engaged for hours as you play with millions of other players available online. The game is fun to play and also brings decent graphics with it.

This game gets a lot of its elements from Super Smash Bros. It is an online multiplayer game where multiple players fight each other on a platform where you can defeat a player either by killing them or by making them fall off the edge.

The game has a lot of customization for players as well as control. You can select from 50 different characters and more are being added by developers in each update. The game has excellent graphics and engaging gameplay which makes it a must-try fighting game on android.

The game does provide you with arcade-style gameplay and also comes with various other modes that you can try. Overall, if you are looking for an arcade-style fighting game that comes with a lot of action and different game modes, then you should definitely try this one.

Injustice: Gods Among Us 1 and 2

If you love DC comic characters like Aquaman, Batman, Green Lantern, Wonder Woman, Superman, and more, then you will fall in love with this game for sure. The game has one on one fighting sequences filled with animation and cut scenes for powerful moves.

The game has excellent game mechanics and is one of the most popular android fighting games currently. Although the players mostly have to tap the limited button available, you can try them in different combinations for moves.

There is a lot of stuff to do here and developers have been adding new characters and elements to the game ever since it was launched. It is a must-have game for any DC comics fan and is a decent time killer as well. It has various modes and a great multiplayer mode to battle with different players across the world.

No one can deny the charm of playing Mortal Combat if you are a fighting game fan. It is one of the most popular games and possibly one of the oldest franchises as well. In Mortal Kombat, you have to fight against one another in a one-on-one fight. Since it is an online multiplayer game, you will have to fight a lot of players available online.

The game controls are not difficult and mainly include tapping the same buttons in a different formats. The overall graphics of the game are excellent and is one of the best on a mobile device. Due to the popularity of the franchise, it has been popular as the best android fighting game available.

It has been created by Warner Bros and has almost the same mechanics as Injustice: Gods among us. Apart from being a decent time killer, it will give you the feeling of nostalgia with the game dialogues such as Fatality and Come over here. The game is also popular for its gory fighting scenes.

The King of Fighters ALLSTAR

The game is fairly new to this platform and the All-Star version brings a new version of the game with many different characters which were earlier not available in the previous versions of King Of Fighters. The controls are easy to adapt to and you will soon get a hang of it. It comes with various modes like PvP, Co-op, and a campaign mode.

It is one of the best fighting games for android that you can get and is surely going to be very engaging.

Real Boxing is a sequel to the popular game Real Boxing. It is among the best fighting games for android and you get to play as a popular fictional character. You will get a kind of Rocky feeling while playing this game.

There are a lot of things that you will be able to do in this game and also challenge other fighters to up your skill. There are mini-games, boss battles, and a lot more. You can even customize the character as per your choice and select among our ups and gear for a fight.

Overall, the graphics and controls of the game are decent, and nothing we can complain about. The game is decent when it comes to passing time and will surely be a good recommendation as well. If you love movies like Rocky, then this is surely going to be the game for you.

Brawl Stars have become really popular in the last few months and are considered among the best in android fighting games. The overall gameplay isn’t actually like a fighting game but it does have a beat ’em and kill ’em up style gameplay.

The game has a lot of different elements which makes it very interesting to play. The PvP gameplay places you against three different opponents and you will have to win against them to win the round. You also cone a one versus-one fight mode as well.

It does present you with a fun style of gameplay and the developers are adding new content to the game with every update.

If we are talking about fighting games on android, then there is no way you can miss UFC as it is the ultimate among all android fighting games available right now. UFC Mobile 2 is the successor to the original UFC Mobile game which was discontinued in 2022.

Although the original game was very popular, it seems that the developers have made a lot of changes to this version, especially in the controls. The gameplay seems to be more like an arcade game and it also has an RPG progression where the fighter will level up and get stronger after every fight.

The game also brings in signature moves from the most popular fighters and allows the player to build a team of some of the best UFC fighters. EA keeps on adding new elements and upgrades to the game to improve it further. Overall, it is a must-have game on your smartphone if you are a true fighting games fan.

Here is another fighting game that you can try if you are a boxing fan. The game isn’t too complex and has simple controls that you can easily master. The graphics of the game are decent and so are the sound effects, which might not be as good as other android fighting games.

The overall gameplay is based mainly on punching the opponent and blocking their punches. It does not involve controls for any kind of movement, which makes its gameplay just alright. You can use the gym in the game to train the character and make him stronger. It will also help you level up further and fight stronger opponents in the games ahead.

Overall, the game is a decent one and can be tried at least once if you live a boxing game. it also has a lot of accessories that you can unlock while leveling up the character.

If you have seen the Real Steel movie, then you know what to expect from this game. As soon as it was launched, it became one of the most popular fighting games for android and soon had millions of downloads.

The gameplay lets you take control of a mech that you will be using to fight another mech. The arcade-style fighting controls make the game a smooth breeze to play. There are different types of modes that you can explore and you can customize your mech with a lot of different components and different looks.

The new version of World Robot Boxing 2 is also great and comes with great graphics and gameplay. Overall, the game has a lot of elements that you can explore while playing it, and they will never be dull moments for you as a player.

One of the best and longest-running fighting series on mobile devices is Shadow Fight Arena. It is still considered to be the best fighting game for android and has a lot of good things about it too.

The game comes with one of the best mobile graphics that you can expect from a PvP action fighting game and has a lot of different modes as well. You simply need to play as the character and fight various AI players to level up and make your player stronger. The control is not difficult at all and you will find it fairly easy to master.

If you are looking for a casual fighting game, then this is the game you should download on your device. It is as good as its predecessors and will surely not disappoint you in any way.

There is no way that we do not talk about Street Fighter while discussing fighting games. Last but not the least, this is not only the best android fighting game but also one of the most popular fighting games for android.

The game was released in 2018 and comes with all the characters in the original game and the actual fighting mechanics. The game has support for a Bluetooth controller as well which you can connect with your smartphone for better control of the players and movement.

Although the game had a lot of bugs initially when it was launched, Capcom has been updating the game regularly to remove all the bugs and make the gaming experience a lot more seamless.

We have listed the best fighting games that are available on android below in no particular order.

So here is the list of some of the best fighting games on android that you can download and play on your smartphone with a lot of different characters and amazing gameplay features. The games are free to play and download and also include paid components that can enhance the experience of gameplay. However, the free version will also give you a great and enjoyable time while you are engaged for hours.

Also, Check out these Topics: