Fortnite Optimization: How To Increase FPS In Fortnite(6 Simple Steps) 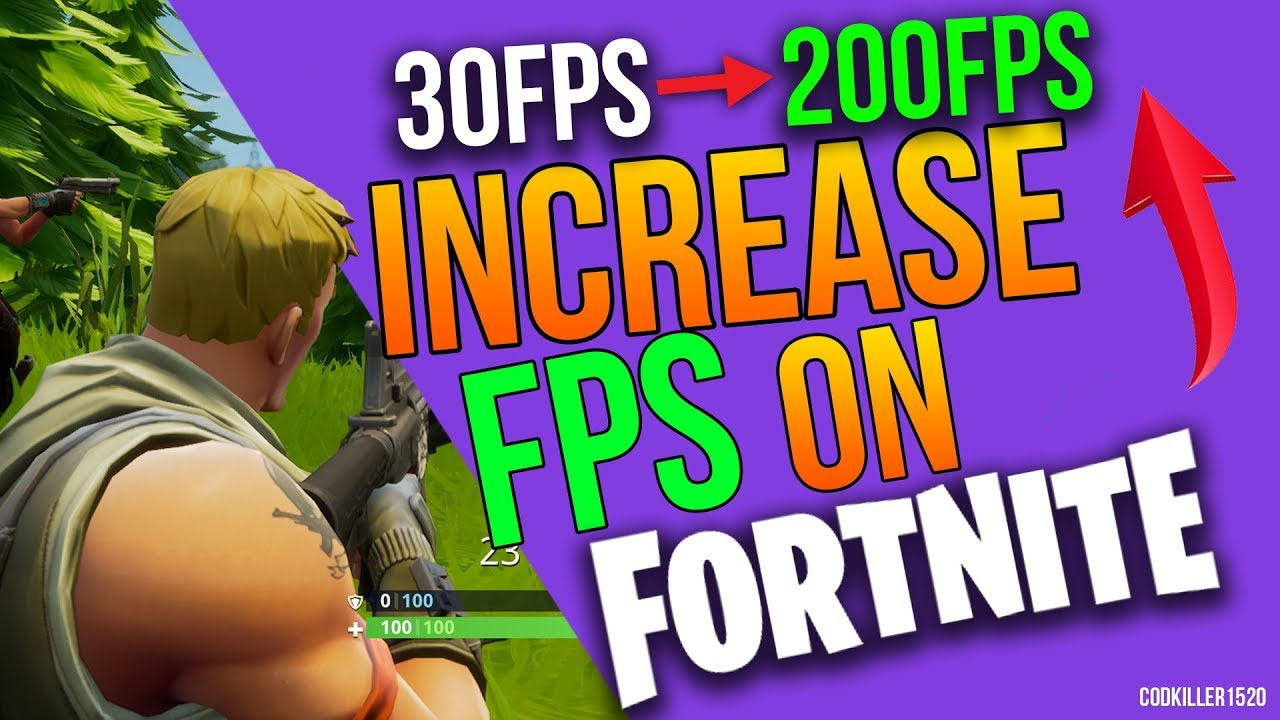 How To Increase FPS In Fortnite: When it comes to the most popular online games currently, Fortnite is definitely among one of them. The multi-platform online Battle Royale games have become very popular since its launches in 2017. The game currently has millions of followers and is known for its diverse gameplay and great graphics. The game has seen huge success in the online multiplayer game segment, and even with many different and popular games in the same segment such as PUBG and Call of Duty, Fortnite has only seen increasing popularity and number of gamers.

The major reason for its widespread popularity is that the game is free to play on Xbox, PS4, PC, and Nintendo Switch. The game has been made with extreme precision due to which the online gaming experience is completely lag-free and the visual appeal of the game is just excellent.

However, there are many Fortnite optimizations available for the game, which can make it look even better and can improve the gameplay for the player. Such tweaks can boost the performance of the game and gives an added advantage to the player. One such tweak allows the users to increase the FPS in the game.

One of the most popular searches online for Fortnite is “how to increase fps in Fortnite“. It is why we have made a list of some techniques that can be used to increase the FPS of the game. It will not only make the graphics much smoother, but the transition from one position or graphic to another also becomes faster and much clear. An increase in FPS will also reduce any kind of lag that you may have faced in the game.

Contents show
1. Follow the steps below to Increase FPS in Fortnite
1.1. How to optimize the Fortnite FPS on PC
1.2. Change the Settings in the game
1.3. Additional settings on the PC
2. Conclusion: How To Increase FPS In Fortnite

Follow the steps below to Increase FPS in Fortnite

How to optimize the Fortnite FPS on PC

When it comes to playing Fortnite on PC, you will have to agree that the experience is just mesmerizing. The graphics and control on a PC are much better than what you can get on any other platform. However, just like PUBG, which is a similar game and requires a lot of tweaks, even Fortnite requires a lot of customization while playing on PC. There are some things that one should do to prepare their PC for the game.

These are some of the things that you can do to ensure that the game does not lag during the gameplay and it does not create any kind of lag in the FPS. Now let’s have a look at how you can optimize the settings on the game and certain software to improve on the FPS and make it smoother.

Change the Settings in the game

Now to increase the FPS in Fortnite, you can make certain changes to the in-game settings as well. To do so simply launch the game and select the Battle Royale Option >> Click on the setting menu, which are the three lines on the upper right corner, and click on the gear icon (settings) >> Select Full-Screen settings and also select Unlimited options for display frame rate limit. It will make sure that the frame rate or FPS of the game can be increased when the fame requires it.

Apart from these settings, make sure to keep the 3D resolution to 100% and reduce the View Distance to increase the performance in the game. Keep the textures on medium to low settings and place the effects on low. Also, turn off VSync and Motion Blur. Save the settings and exit the game for the new settings to apply in the game. Now what this will do is that it is going to reduce the graphics by a bit and lead to less pressure on the GPU and CPU resources, which will eventually increase the FPS and performance.

Additional settings on the PC

Apart from the setting mentioned above, there are certain additional settings that you can go for. One of them is the optimization of Discord Settings. Simply open Discord and go to the Settings Page. Once you are there, uncheck the option of Hardware Acceleration.

To get more performance and increase the FPS of the game further, you can also optimize the settings for Google Chrome. Since the web browser is one of the most resource-consuming software on the PC, making some tweaks can release a lot of resources for the game to use. To do that simply go to the Settings page on Google Chrome and go to the Advanced tab. Once there, go to the bottom of the page and turn off hardware Acceleration. Now simply relaunch the browser.

Lastly, you can clear the browsing history, cookies, and cache memory in from the browser to make sure that it does not affect the internet speed, which will eventually affect the gameplay. To optimize that, Simply go to the Windows Start button and search for “%localappdata%” >> Go to the Temp folder and select all files to delete them. Also, empty the recycle bin or use third-party software that can clean all the junk files on the system.

Conclusion: How To Increase FPS In Fortnite

These are some of the techniques that you can use to make the gaming experience of Fortnite on the PC much more efficient and faster. It will not only help with Fortnite optimization but will also help to increase the FPS and keep it consistent. Also, since these steps allow you to clear junk files and reduce the load from CPU and GPU, you can expect a much faster performance from the game.

Fortnite: How To Change Character