How To Take A Screenshot On A Mac [4 Insane Ways] 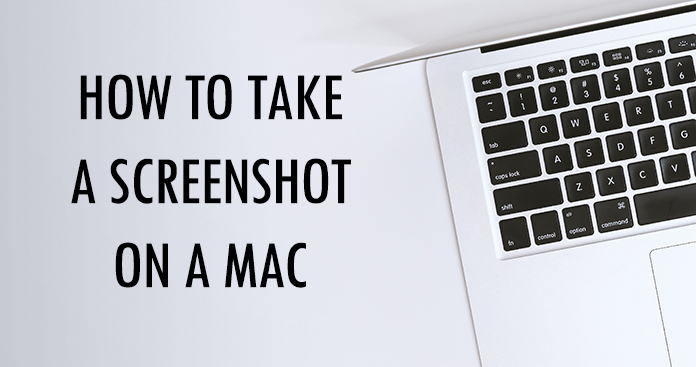 How To Take A Screenshot On A Mac: If you are working on a Mac then you do understand that working on it is very different than working on any other type of operating system. Mac is designed with a lot of different keyboard shortcuts to make the overall operation and usability much easier for the user. One of the most common requirements for the users on a Macbook is to take a screenshot on a mac, which might be very useful when you have to capture something important immediately.

There are a number of shortcuts on the Mac keyboard that allow you to take the screenshot of the screen in different ways. Apple gives you a fair amount of options when it comes to saving, deleting, or editing a screenshot. We have listed down the list of shortcuts that can help you to know how to take a screenshot on a mac.

Below are the shortcuts to take a Screenshot on Mac

This is one of the most basic commands that you will be used to take a mac screenshot. You simply need to open the screen for which you need to take the screenshot and press and hold the Command Key. While holding it down, press the Shift key and numeric key 3. When done, you will hear a camera capture sound which ensures the user that the screenshot has been successfully taking.

The screenshot is basically saved in JPEG format on the desktop, with the title as Screenshot and the date and time when the screenshot was taken. This shortcut will take the screenshot of the entire screen and is one of the most basic ways to take a screenshot on a Mac unless you only want the selected part of the screen to be captured.

Simply press and hold the mouse and drag the cursor to highlight the area. Once you have highlighted the area, release the mouse key after which you will hear a camera shutter sound, confirming that the screenshot has been taken. It will be saved with the name Screenshot and the date and time as the file name. The file is saved on the desktop for instant access.

This is not the only option the user has, but the Command+Shift+4 does provide the users with various other options as well.

This is relatively a new command shortcut that was released with MacOS Mojave (2018). Using this command will not only give you a highlighted screen but will also provide a small panel at the bottom which comes with multiple options to choose from for screen capture mac. The three selections in the panel allow you to three screenshot buttons that let you capture the entire screen, a window, or a selection of your screen.

The shortcut also allows you to record a video of the screen with two video-recording buttons lets you record your entire screen or a selection of it. You can simply exit from the panel by hitting the “ESC” key.

On the other side, you will also see an “Option” button in the panel which lets you save the screenshot on Desktop, Documents, Clipboard, Mail, Messages, or Preview. You can also choose to show your mouse pointer on the screen or completely remove it in the screenshot.

The above-mentioned command will work on all types of Macbook Pro and Air and the Command+Shift+5 command will only work on the system with MacOS Mojave (2018). However, there is another set of useful commands in Mac, which is the Shift+Command+6.  However, these commands are only compatible with Macbooks that have a touch bar. With these commands, you can also take a screenshot of what’s currently showing on the Touch Bar. Pressing Command-Shift-6 will give you a very wide and slim screenshot of the Touch Bar.

Conclusion: How To Take A Screenshot On A Mac

So these were some of the best shortcuts and will answer your queries on how to take a screenshot on mac. These commands and shortcuts are fairly easy and you will get used to them as soon as you start using them. Based on the different types of shortcut options, you can take screenshots of the entire screen or a selection.