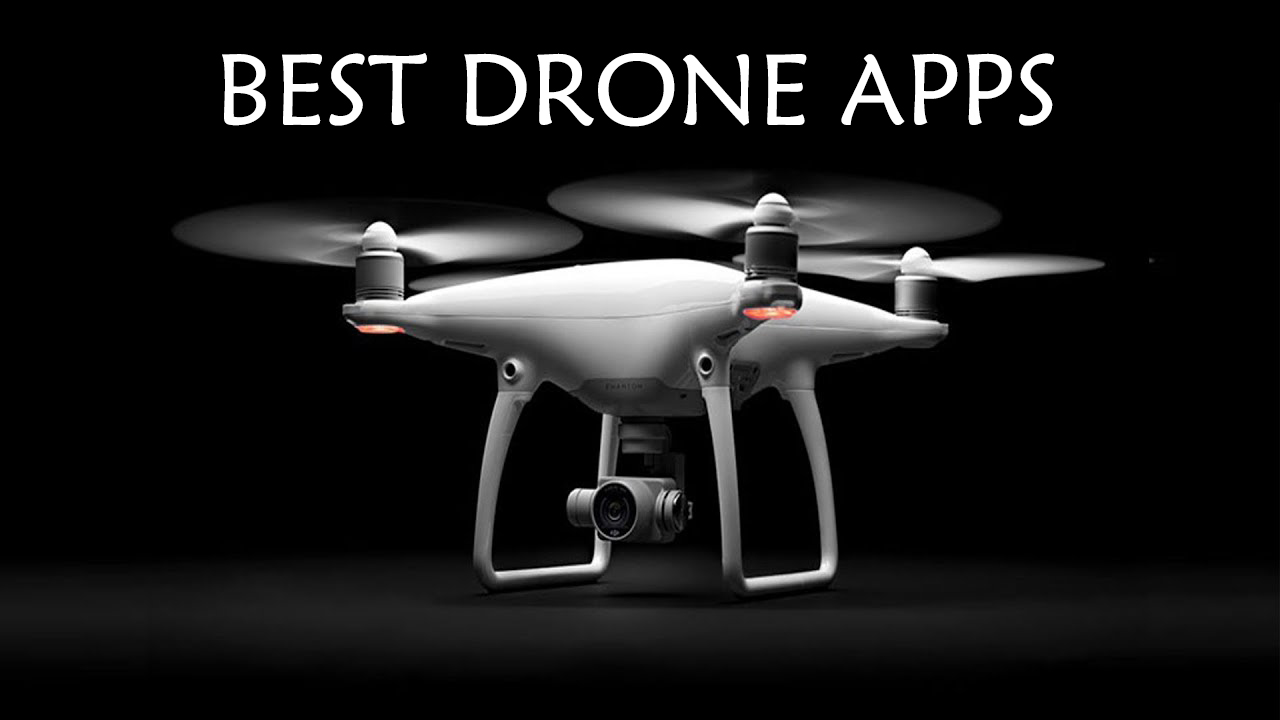 With ever-rising and developing technology, more and more ways are being developed to create content and make videos that can be related to entertainment, work, and a lot more. One such device that has been able to help professionals are a drone.

Drones are one of the best gadgets to get an aerial view of landscapes, buildings, and a lot more. However, not all drones come with a great user-friendly app, and that makes operating drones a lot more difficult for new users.

However, we have a list of the best apps for drones that come with a clean interface, are easy to navigate, and make operating a drone a lot easier. These drones help you to customize and change the way the drone works. It would not only help you adjust the device but will also help in controlling it easily.

Below is the List of Best Drone Apps available

When it comes to drones or drone apps for android, DJI is one name that you will hear almost everywhere. The company not only manufactures the best quality drones in the market but also has some of the best user-friendly apps for users. DJI Ground Station Pro is an all-in-one app that helps you to operate, manage, control, and automate the flight of a drone.

The control is very simple to use, making it one of the easiest drone apps for android. When used with a DJI drone, the possibilities could be endless. It can help you to plot the course for the drone and even capture video for industrial purposes. The control on the app provides great precision and allows the users to change the course of the drone during flight.

If you own a parrot drone and are looking for the best drone apps that could help you control the drone in the best possible manner, then this is the app to go for. The best feature of the app is the usability and the ease with which it can be operated.

You will have almost all the possible controls that drone apps for android have and that too can be complemented with Joypad from the brand.

The app can also connect with the drones of other manufacturers like DJI which allows the users to control the drone in real-time. You can also use your smartphone to direct the drone using the tilt function, giving more control to the device.

Litchi for DJI is one of the popular drone apps for android that works best with DJI drones. However, you can also use the app with other drones as well. The app gives the users a lot of different features like panorama, focus, orbit, tracking user, flight records, and a lot more. You can edit the waypoints of the drone route and change them in real-time.

The best part about the app is that it can connect to the VR headset and you can actually view and feel the device flying. It also comes with Bluetooth and Wi-Fi that allows users to broadcast live on social media websites. Due to this, it has been on the list of best drone apps in the market.

Now drones can be used for various purposes and one of them is for industrial use. Now, there are many drone apps for android, but not all can be used for professional purposes. However, DroneDeploy changes that and gives more access to the user.

You can use your DJI drone and get commercial shots, capture data, explore routes to have a realistic picture of the maps. It also comes with free planning mode to autonomously fly your device. You can also share images taken from the drone on social media websites in real-time.

If you want to use your drone for aerial images and software for creating realistic maps, then this is the one to go for.

The overall interface of the app and the maps are very interactive and show green and red spaces to differentiate between fly and no-fly zones. It also allows consulting the Metar or Tafor of any airport in ICAO format. It will also provide the details of the weather in the airspace and is completely free of charge to download and use.

However, you can also get a premium subscription to the app for more features at just $2.93.

Similar to Icarus, AirMaps stands among the best apps for drones. The app allows the user to know about the no-fly zone or airspace in real-time. It can help the users know which area is a no-fly zone as per the regulations or due to weather conditions.

It also allows the users to have different map styles and carry out mapping in many ways. Since it is easy to use, it will be much faster for the users to master the control of the device. The app is compatible with all DJI drones and allows Digital permits for commercial operations.

If you do not own a DJI drone, then this app could surely be the thing for you. It offers the highest compatibility with any drone you have. Also, it can be used to convert any drone into a mapping tool with professional features.

The mapping tool in this app comes with great precision and an easy-to-use interface. The app allows the user to make a 3D flight plan for the drone where necessary shots need to be taken.

It basically makes mapping and flight automated for the users with the least effort. Apart from that, it can do almost every task you can think of from drone apps for android.

UGCS: a drone application for your computer

Almost all of the best apps for drones run on the smartphone. However, there are not many that can run on a computer and provide the same kind of precision as well. UGCS is one that can turn things around for you if you are not able to or do not want to connect the drone with the smartphone.

Since the software is compatible with almost all the drones in the market, you do not have to worry about pairing it with any other drone apart from DJI. It allows the user to import a route, making it faster for a user to plan a flight for the device.

Also, using the pre-recording route feature, you do not need to be connected with a drone while flying it. The app is free for the first 14 days and then the users will have to subscribe a minimum amount to use the app.

When you look for the best apps for drones, you need to make sure that it gives all the necessary information to the user which makes the drone flight easier. This app can give users information like weather, temperature, wind direction, and more in real-time.

The app takes into consideration all the aspects of weather to make sure that the flight is good, and informs the same users as well. Since it gives accurate technical measurements, it becomes easier for the user to make a flight path on an automated route.

You can also use Google Weather components to give a more accurate reading.

If you are using the drone for the first time and want to use it for both professional and personal use then this is one of the best drone apps in the market. It comes with a simple-to-use interface, precise readings, and can make live broadcasts as well.

The app gives easy-to-use control to the user and allows them to change the course of the flight based on real-time weather readings like wind direction. It has several configuration options and supports all kinds of DJI and FPV devices.

It is completely free and also comes with a premium subscription for more features.

Top Apps to Control Your Drones – Our Best Picks 👌

Check the best list of apps, which you can use to control your Drones. Let us know if we have missed any of your favorite apps on the list.

So, these are some of the best available drone apps for android in the market. Almost all of them are free with some offering more premium services at a minimal subscription fee. Since they have the largest support for drones including DJI, it makes operating the drones much easier. It can help you learn the controls of the device and reduce the efforts by automating their flights.