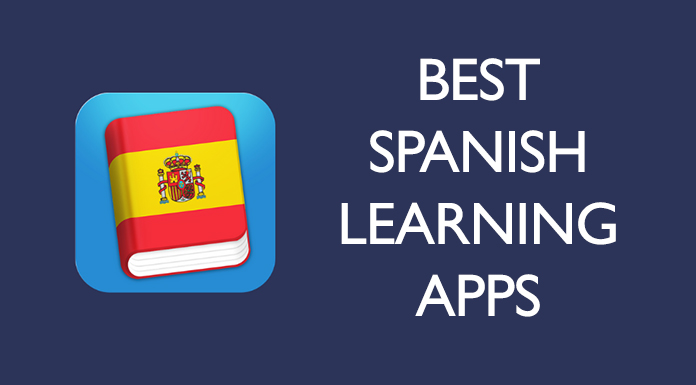 Best Apps to Learn Spanish: Learning a different and popular language other than your native one is a great education and personality skill. Apart from our native language, English is one such universal language that every one of us tries to learn due to its universal acceptance. Apart from English, many other languages are becoming more popular and accepted worldwide, and learning them could be a great addition to your skillset. It can also help you improve your business skill.

One such language is Spanish, which has gripped a lot of areas in Central America and other parts of the world. Spanish is a great language to learn if you are moving to the Central American states or are planning a vacation in the area. Areas like Mexico and Spain are where you will find the maximum existence of this language. When it comes to learning these languages, people used to join educational courses or used to have private classes from tutors who had a professional degrees in languages. However, with everything becoming easier with technology, even learning Spanish has become a lot easier.

Below is the list of Best Apps for Learning Spanish Online

If you search online to learn to speak Spanish app, then you probably might hit this app as the first one on your list. Duolingo is a globally popular app that helps the user learn different languages with the easiest approach possible. The app currently has over 300 million active user lists and is one of the easiest apps for learning Spanish.

The apps currently have over 94 languages to learn from, spread across 23 dialects. The interface is user-friendly, and it provides a lot of freedom to learn courses for its users. If you like the free courses, you can subscribe to their premium features for more exclusive content.

Just like Duolingo, Memrise also became very popular due to the ease of use it provides to the user. The application is extremely easy to use and learn the Spanish language. The app makes you learn the language just like you are playing a game, making it easier for even kids to learn it. Apart from the feature it provides, the app also allows the user to create their course. Since Spanish can change a bit with different locations, the apps allow you to learn those changes in the language. Among all of the learning Spanish apps, this is one of the easier apps to learn and understand.

Among the different apps to learn Spanish, Babbel is one of the best on the list. The app has been divided into different levels, such as beginner, intermediate, and advanced, where the user can learn the language step by step and understand the basic concepts. The app is based on a subscription where the user will have to pay monthly, but the content you learn and the way you learn is worth the amount. The quality content that the app provides you is some of the best and easiest to learn. There are lots of activities, and tests in the app to help you revise each and everything you have learned so far.

Named after the popular Egyptian stone, the app is a true knowledge house for people who want to learn a different language. It is the best way to learn Spanish and help you understand, speak, read, and write the Spanish language with ease. The unique feature of the app is the way it interacts with the users. It uses different visuals and audio to make the user understand various words and sentences of the Spanish language, making it easier for them to remember. Once you like using the free courses, you can also go for the subscription, which has some of the best and most engaging ways to learn.

It is one of those free Spanish learning apps that focuses more on the educational context of learning. The focus of the app is more on making the user understand the grammar and language. It makes the user understand every Spanish word so that the user not only remembers it by name but also understands the meaning of each word. If you are looking for an app that gives more focus on educating the user about the language, then this should be an obvious choice among all.

It is one of the most interactive Spanish learning apps that will help you understand the language and allow you to interact with users who speak native Spanish, giving you a more hands-on approach when practicing the language in interaction. The apps have a Question & Answer language learning community for every language that you want to learn. These unique features are also regarded as one of the best Spanish learning apps on the internet.

One of the more polished and professional apps to learn the Spanish language is Busuu. The app provides various learning levels from beginners to intermediate and provides intermediate learners to progress to the expert level. The apps have a major focus on providing different kinds of tools and activities that could help the users practice and learn. The app also allows users to connect and share their activities and learnings.

While searching to learn to speak Spanish apps, you will come across MosaLingua, which has some unique features to make the learning more interesting. The apps focus more on learning Spanish sentences rather than words. It has a unique integrated flashcard feature, which helps the users develop language skills and track their learning for the long term. This flashcard also has an audio recording of native Spanish speakers, which helps the user pronounce the words properly. You can either use the free version or go all-in for the premium one.

It is one of the best apps for learning Spanish on the mobile platform and uses real-life videos and examples for users to learn Spanish. The app uses such videos from Youtube, which are normally a minute long and provide a more interactive way for users to understand the language. The videos also give you a perspective on Spanish tradition and transcripts, making the language more understandable.

It is a fairly popular app for learning different languages and has both a free and paid version. The app is available on iOS and Android and is probably one of the most interactive on the list. The app provides you with audio, video, exercises, activities, and a lot more to constantly keep your mind practicing the language. It also has many interesting tools to use, such as a verb conjugator and a dictionary. It has many words and phrases that you can learn and can be used easily even by beginners.

So this is the list of some of the best apps to learn Spanish and many other languages. All these apps are currently being used by millions of active users and are fairly easy for any level of learner to start.

They will provide you with all the necessary activities and learning tools to make sure that you have complete knowledge of the language. Based on what you like, you can always go for the premium version for more features.